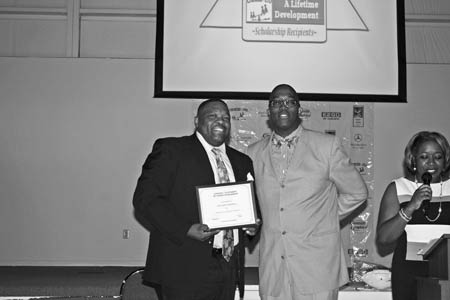 There was a grand ole time had in a very electric atmosphere that boasted participants and honorees from both sides of the Savannah River and a speaker out of the state of Texas. The emcee for the evening was TV and radio shows “Education Matters” host, Mrs. Donna Moore Wesby. The keynote Speaker was Mr. Langston Moore, former USC Gamecock, 7-year NFL veteran and current USC football sideline reporter.

Four CHOICES Jr Scholars were RJ Mckie and Jessica Palmer for their Academic prowess and Kaleb Mckie and Malik Thomas for their character. They will be competing at the North American Finals Track and Field Meet in Hershey Park, PA in their respective events – 200M, 400M and Standing Broad Jump.