Every Veteran Father is a War Hero to His Son; A Story in Letters

By Edgefield Advertiser on July 6, 2014Comments Off on Every Veteran Father is a War Hero to His Son; A Story in Letters 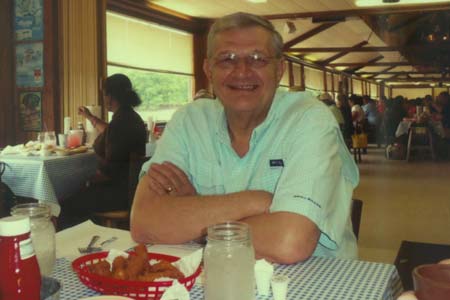 As we celebrate the July 4th weekend and the excitement of patriotism, our country’s Constitution, and the meaning of freedom that one has in these United States, this story falls in line as one of a man who helped to protect our freedom in WWII. It is also interesting to note that there were four brothers (Robert, Elliott, Jimmy and J. P.) in this family in World War II at the same time.  The fifth brother, Billy, was too young and served later in the Korean Conflict.

Bobby Timmerman dropped into the Advertiser office a few weeks ago to share a story that is worth publishing.  It is about a son who, going through his father’s memorabilia many years after his death, pulls together this story for our readers.

The story starts in 1983, when Bobby Timmerman (a graduate of Strom Thurmond High School in the 60s was sitting having coffee at Edgefield’s Main Street Traxler Restaurant that was the setting for early morning coffee for many men.  It was not unusual to have the local Congressman joining in for coffee – he kept a home at the time in Edgefield. Bobby stated: “I had just finished going through my daddy’s belongings (father, deceased 1968) and found an ID bracelet.  I told Butler Derrick, our Congressman, the story that went with the bracelet. My father served his time in the Navy in WWII in the Pacific, and one morning when there was an explosion.  Something, like shrapnel, hit him in the chest, from the explosion. My dad picked up the ‘something’ which was an ID bracelet and kept it.”

As he talked with Derrick, they came up with the idea that maybe the owner of that bracelet could be found.  Thus a series of letters followed (printed here) to eventually open the way for a return of the ID bracelet to its original owner.

On October 25, 1983, Derrick writes from his Washington office:

“Attached is the response I received from the Department of the Navy pursuant to your request. Hopefully they have located the correct person and you will receive a direct response from him (Signed by Butler Derrick).”

The letter from the Department of the Navy said to the Congressman: “Thank you for the inquiry (his office had been able to find the name of the owner of the bracelet, which Bobby could not do on his own.) you recently addressed to the Office of Legislative Affairs concerning Chief Petty Officer Thomas S. Keisler, United States Navy, Retired . . . as such his address is on file; however the Privacy Act . . . precludes disclosure of his information to you without his specific written consent . . . “

The letter was forwarded to Keisler to see if he would reply.  And he did, to the Congressman who then writes to Bobby: “The enclosed letter from Thomas S. Keisler arrived yesterday.  He seems thrilled at the chance to obtain his lost identification tag. (Nov. 29, 1983).”

In a handwritten (and note, the letters above were hand TYPED on typewriters) letter to Butler’s office letting him know he got his letter, Mr. Keisler writes: “The name and serial number is correct.  I lost my ID tag somewhere between Tarawa and Iwo Jima. I only can remember it was that time span.  I would greatly appreciate your notifying Mr. Timmerman that I am still alive and that I had lost my ID tag.. . . signed Thomas S. Keisler USN, Ret. . .. . Jacksonville, Fl.”

Then a final letter from “Mr. and Mrs. R. G. Timmerman, Jr., of Augusta, Georgia, on December 2, 1983”: “I am more than happy to return this bracelet to you after around forty years since it has been lost.  It is a miracle how things can travel so far and be located by just a number . . . When my father came home from the war this bracelet was with his articles. Years after the war he and I were going through his war memories and he told me that during an explosion the bracelet hit him in the chest so hard that it took his breath.  That is the reason he kept it all these year, not thinking of trying to find the rightful owner as I have done.  Times of war are very hard and frightful to go through as you have and my father, among many others.  Mr. Keisler by listening to your voice I could tell that you are a good American and Gentleman.  It has been a pleasure to do this for you and I hope that you enjoy this as a late Christmas present from a concerned person.. . .” signed Robert G. Timmerman, Jr.