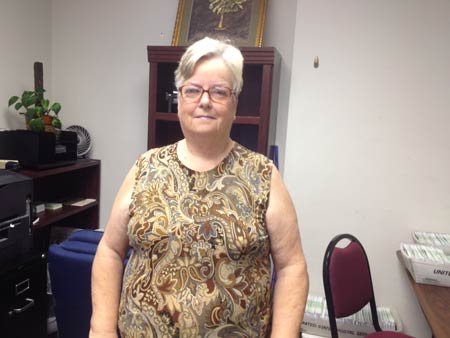 Linda Priest has served the county of Edgefield since 1983. However, after over 30 years, she has announced, “It is time to move on.” Priest, who is ending her tenure as a tax collector, has also worked during her time with the county in the auditor and appraiser’s offices, but clearly holds her current position close to her heart. In speaking with The Advertiser about her years with the county, Priest said she saw many people leave to go to work in other places, particularly SRS, but said she “felt this was my calling.” “The Lord put me here to help people and that’s what I’ve tried to do,” Priest said.

Asked what prompted the decision to leave now, Priest shared that she will be 65 in August and said that while she still has time, she wants to enjoy the rest of it. Part of enjoying that time will no doubt include a lot of time with her two granddaughters, described by Priest as “my life.” And while she affirms her schedule will now revolve around those two girls, Priest did say she would also like to do some community service in the future.

Priest’s last official day as a county employee will be July 25. However, she has told the county that she is available to come back and work as needed. “I’ve enjoyed my time with the county,” Priest said.