The Long Road Back

By Edgefield Advertiser on July 14, 2014Comments Off on The Long Road Back 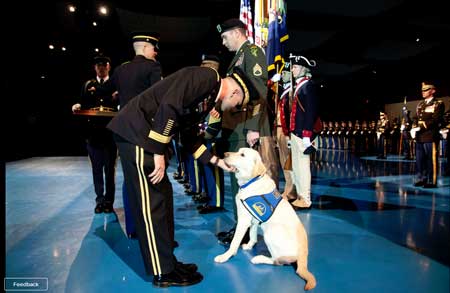 In the spring of 2012 The Advertiser published a story about one of the county’s finest, Staff Sergeant John Barbare.  The story was titled Our Finest Citizens and it told of the young lad from Trenton, South Carolina, who was recovering, at Walter Reed Hospital, from second set of wounds sustained while serving with a Psy Ops Team in Afghanistan.  We have now learned that Staff Sergeant Barbare has medically retired from the Army after 17 years of service and that his last duty with the Army was with the NSA.  John’s retirement ceremony was held at Ft. Myer, Virginia, home to the 3rd U.S. Infantry Regiment, the oldest Infantry Regiment in the United States Army.  (Please see accompanying photo)

And now more of the story.  Upon his retirement the recipient of two purple hearts took on a live-in companion named “Javier.”  “Javier” is a K9 Companion and is always close to his partner, SSG Barbare, assisting him in coping with some of the hurdles that his traumatic brain injuries left him unable to handle for himself.  The two-year-old lab even accompanied John to the birth of his and wife Michelle’s first son Cameron.  It has also been reported that John and Javier have become the sweethearts of the Baltimore television news scene. A man and his dog or a dog and his dog if you wish.  Remember, John is a Citadel graduate.