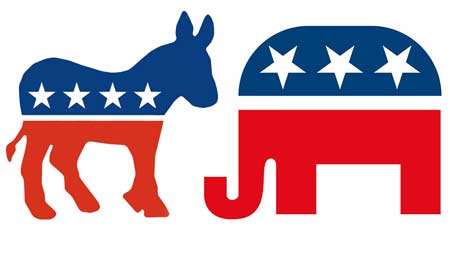 A room “full of red and blue,” as Chairman of Edgefield County’s Republican Party, Rodney Ashcraft, described it, greeted SC Rep. Bill Clyburn, Tuesday night, August 26, as he arrived as guest speaker at the Republican’s meeting held at the Edgefield County Council Chambers. Taking the floor, the seasoned politician who has been in office since 1994 said, “I don’t consider myself a politician,” adding he wanted to be known as a public servant. In thanking the group for his invitation to speak, Rep. Clyburn also told the crowd that he wished “we would have more communication” and reminded “that is your building [the SC State House]. You can come to Columbia.”

The theme that constituents need to stay involved in the political process and let their voices be heard was echoed throughout the evening by Rep. Clyburn. Another point Rep. Clyburn reiterated was that the Edgefield delegation is there for the people. He urged attendees to come to the delegation with their concerns so that the delegation could “take the fight to Columbia.”

Highlighting some of the “fights” he has been involved with recently in Columbia, Rep. Clyburn spoke of education, economic development, public safety, and public health as being major concerns for him, and he expounded on his concerns for education and economic development for the crowd. In the area of education, Rep. Clyburn said a lot of emphasis had been placed on it in the legislature this year and stated, “We need education reform in this state. We really, really, need it” To boister that statement, Clyburn gave an example of the amount of money the state of South Carolina spends per student – roughly $2,000 a student – to the amount that our neighbors to the south, Florida, spend per student – about $6,000. “We’ve got to do better in education and we’re moving in that direction,” he said, adding that doing better included getting good teachers and good facilities.

In terms of economic development, Rep. Clyburn declared, “This is where I think, Edgefield, we need to play a major role.” In regards to Edgefield County specifically, Rep. Clyburn had already commented earlier in his speech, “I believe we [Edgefield County] are underperforming.” However, he added that he felt the county was on the right track to “get some things worked out.” Some of things he mentioned the county needed to do were to get more industries in the county and to keep jobs and students here. “We really need to keep our talent here,” Clyburn said. Other concerns Clyburn mentioned in regards to economic development was his belief that the explosions on the Northside may be “stunting growth” in that area and called on the county to find a way to deal with that issue.

During the question and answer portion of the meeting, some of the items addressed included the Hwy 25 road widening project, minimum wage, and job availability within the county. As for the Hwy 25 project, Clyburn stated, “It’s a slow process. The money is in place. It’s just a matter of getting it done.” As for minimum wage, Clyburn said he thinks we would be much better off with a higher minimum wage saying, “I think it helps small businesses.” He went on to say that he feels we will see an increase to $9-$10 an hour in the next 3-4 years. In regards to job availability, a member of the audience addressed Rep. Clyburn stating, “There are a lot of good jobs available in this county if people are willing to do them.” That gentleman said the agriculture sector has many good paying jobs available and felt that sector of our economy was being overlooked. To this, Rep. Clyburn asked county leaders in attendance is they could look into this claim and see how to promote these jobs within the county.

As a way to remind those in attendance what one person, even from a rural county such as Edgefield, can do to impact the state, Rep. Clyburn closed his comments by telling of how some years ago a Johnston man called his office concerned over the lighting of lanes on the roadways. It was those concerns voiced from one constituent that led to the reflectors that we now see lining the middle of our state’s roadways. Rep. Clyburn urged those in attendance to let their concerns be known.

Before the meeting was officially over, Terrance Culbreath, Chairman of Edgefield County’s Democratic Party, addressed those in attendance saying that meetings between the two political parties need to happen more often. He said that dialogue was good and declared that with more of it, citizens will “ probably see we’ll disagree less than we think.” Republican Chairman Ashcraft concurred and reminded that the county would have a stronger voice in Columbia if both parties show up united for a cause.