By Edgefield Advertiser on August 5, 2014Comments Off on Republican Sen. Shane Massey to Speak to County Democratic Party 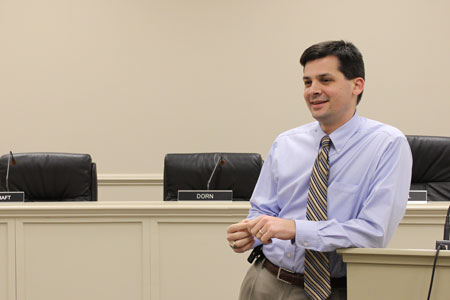 In what has been called a “monumental” event by one observer, and what is believed to be a first in the history of Edgefield County’s political scene, a Republican State Senator will speak at the next meeting of the Edgefield County Democratic Party. Sen. Shane Massey will be the guest speaker at Saturday’s meeting, August 9. (Democratic Representative Bill Clyburn has also been invited to speak, but due to scheduling issues, it was not clear at press time if he will be able to attend.) This historic meeting will take place at 10:30 and will be held in the Edgefield County Council Chambers. All citizens are welcome to attend.

When asked how his involvement in this precedent setting meeting came to be, Sen. Massey said, “It was as simple as they invited me, and I said “Sure, loved to come.’” “I was elected to represent everybody even those who do not agree with me 100% of the time,” Sen. Massey said, “but I suspect there are issues on which we all agree regardless of party issues.” Sen. Massey, who regularly holds Town Hall meetings in order to speak with his constituents, went on to say he appreciated this opportunity to talk about issues of concern and to discuss what has been happening in the General Assembly. “I recognize I don’t have all the answers,” Sen. Massey shared, “ but I think it’s important people hear from their elected officials regardless of whether you voted for them or not.”

Those sentiments were echoed by Chairman of the Edgefield County Democratic Party Terrance Culbreath who spoke to The Advertiser about the upcoming historic meeting saying, “It’s a good idea.” Culbreath shared that, especially in light of the current political atmosphere, leaders are “too lost in the weeds on parties” explaining that elected officials are getting “so lost not thinking about people; only [their political] parties.” Culbreath said he does not want to see Edgefield County “get so bogged down” as is currently being seen so prominently on a national scale where leaders can find no common ground much less meet civilly to discuss ideas. Additionally, Mr. Culbreath said that regardless of political affiliation, it is important that citizens know what their elected officials do and where they stand on issues of concern. Conceding there will not always be agreement between the two sides, Mr. Culbreath stated that by hearing what the other side has to say, one might find that there is more agreement than first believed. Mr. Culbreath said he welcomes this historic opportunity “to see the other side of the aisle.”

Known for, among other things, his independence, Sen. Massey might seem like the obvious choice to speak at this cross-over meeting as he has crossed party lines several times during his terms in office. Most recently, at the end of the General Assembly’s last session, Sen. Massey voted against his colleagues by supporting the election of Republican Hugh Leatherman of Florence as President Pro Tempore of the Senate. Sen. Massey said he went against the tide and voted against Leatherman because felt given all the other boards and positions Sen. Leatherman holds, that being made Speaker Pro Tem gave the senator too much power. (Sen. Massey’s was one of only two negative votes received on this measure.) “I think it’s dangerous to consolidate too much power in any one person,” Sen. Massey told The Advertiser regarding his vote. “I do have this nasty habit of thinking for myself,” Sen. Massey said.

Will this be a one time event, or can Edgefield County expect to see more meetings between the Republicans and Democrats in the future? Well, that remains to be seen, but Robert Scott, a writer for The Advertiser who was instrumental in arranging this meeting and who wrote of it in his column last week, did say that he plans to ask the Edgefield County Republican Party to respond in kind to the initiative taken by inviting a Democratic speaker to their next meeting. Being known as the Home of Ten Governors certainly highlights Edgefield County’s historical political leadership in the state. If these meetings between the two parties continue and prove successful, perhaps our small town can lead the way for national leaders as well.