By Edgefield Advertiser on September 3, 2014Comments Off on Trash Truck Hits School Bus – No Injuries 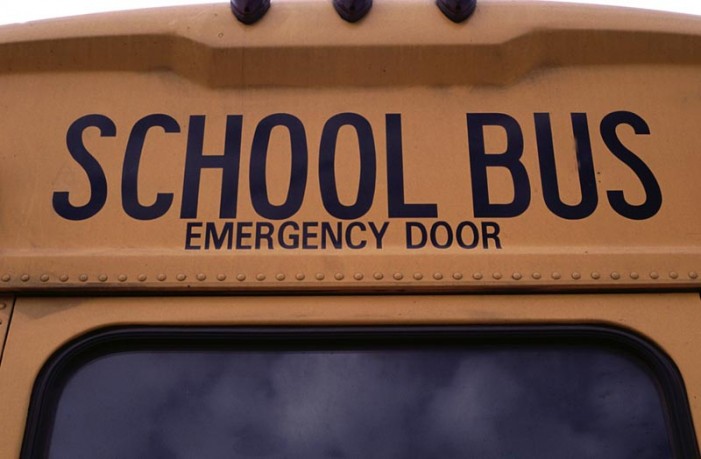 – By Tiffani Ireland – An independent trash truck hit an Edgefield County school bus a little before 4:00 Tuesday afternoon, Sept. 2, on Walker Road in Edgefield.  According to a spokesperson with the Edgefield County School District’s Transportation Department, the bus driver was stopped and letting a child off when the driver of the truck approached.  The driver said he saw the stopped bus, but when he attempted to apply his brakes, they did not work.  In an effort to miss the bus, the driver tried to go around it, however, he did not clear the bus and hit the bus’ stop arm.  The damage to the school bus was reported as minor, and it is still in operation. “I really have to commend my driver,” the spokesperson said in relating how the school bus driver’s quick thinking quite possibly saved a life in this accident.  According to the spokesperson, the bus driver was aware of the approaching truck, and when she saw that it was not going to stop, she blew the bus’ horn and called the child she had just let off back to safety.  There were 12 children as well as the bus driver on board the bus at the time of the accident, but no injuries were reported.