By Edgefield Advertiser on January 13, 2015Comments Off on Rebels Basketball Report 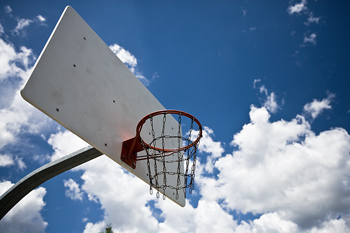 The Lady Rebels basketball squad closed out non-region play with a 48-35 loss against a senior dominated Airport team. Kayla Adams knocked down 4 three pointers to lead all scorers with 14 points. The Lady Rebels will kick off region play on the road Friday against Abbeville. Region games will start at 6:30.

Coach’s thoughts: I feel confident about our chances as we head into region play. Despite us having a losing record, I believe our players are on the verge of putting it all together. Of course, it would have been great to win all of our non-region games, but what matters most are the remaining games on our schedule. I believe that we have identified our strengths and weaknesses and have learned from our mistakes. We are ready for the second half of the season.

Untimely turnovers and cold shooting proved costly for the Lady Rebels in their 36-44 road loss to Abbeville. The Rebels shot a measly 18% from the field as they fell to 2-7 and 0-1 in region play. Kayla Adams was the lone player to reach double figures with 10 points while Cyntherria Sullivan added 9. Tierra Nick grabbed 7 rebounds and Ashlee Chinn pulled down 6. Turnovers and missed opportunities allowed the Panthers to build as much as a 14 point lead in the 4th quarter. Down the stretch, the second team came in and played with great defensive intensity cutting the double digit deficit in half.  Sophomore Regina Miles and Freshman Kayla Reeves added 5 steals and 4 points respectively in limited action.  The Lady Rebels look to tame the Tigers of Crescentat home on Tuesday.

Thoughts from Coach Settles: “Tough loss! We played well enough defensively to keep ourselves in the game, but poor shooting kept us from getting over the hump and winning. And that has been problem #1 all season. It’s frustrating to see the girls work hard defensively and not be rewarded on the other end.”

The Rebels started region play with a big win over Class AA #5 Abbeville High School. The Rebels jumped out to a 15-8 first quarter lead and never looked back. The Rebels were leading 56-44 before two late three pointers and a fast break layup closed the Rebel lead to 4 points. Having been in this position before the Rebels played with confidence and poise and held off the Abbeville run to end the game with a 60-52 win. The Rebels were led by the offensive play of Daquarius Johnson and Deontrez Mealing, while Dante Stover led the defense for the Rebels. Strom Thurmond: Daquarius Johnson (20), Deontrez Mealing (13), Dante Stover (8), Jeremy Carroll (7), Rod Dobbs (6), Ben Thompson (2), Kyle Hill (2), Tyree Stidem (2).