A Poet Laureate for Edgefield

By Edgefield Advertiser on March 10, 2015Comments Off on A Poet Laureate for Edgefield 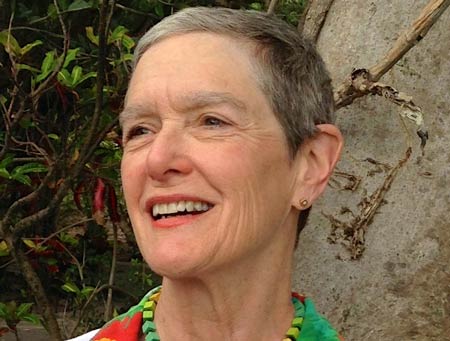 “Literacy Blossoms in Edgefield” was in the headline of the story in The Edgefield Advertiser (March 4, 2015) which announced that Laurel Blossom has been endorsed by Edgefield Town Council as “Edgefield’s Poet Laureate.”

Edgefield is the second town in the State of South Carolina to name a Poet Laureate for its community – Columbia being the first, in January of this year. This follows a trend over the Nation to give communities a special person to promote literacy, poetry and the arts.

Laurel Blossom has lived in Edgefield for over a decade. She brought with her many accomplishments in the field of poetry, from published poems to her expertise in editing a poetry journal. Laurel launched one of her books, her first book-length poem, from Edgefield in October 2007. This followed many poetry readings that she curated. The community of Edgefield and its surround were pleased when she published a book of selected poems by local writers in a charming edition called Lovely Village of the Hills, therefore acknowledging voices from the past who had rendered poetry for readers to enjoy. Both genders and races that make up this old and historic area were given their due in this valued publication which gives a literary view of one small part of the South. Her long list of accomplishments in writing and the arts is, for real, too long to publish here.

A committee made up of five persons from the area proposed Laurel for this position: Greg Anderson, Superintendent of Education; Ann Day, Chairman of the Friends of the Library; Suzanne Derrick, editor of The Edgefield Advertiser; Calvin Butler, published poet and Laurie Prince, representative of the arts community (theatre) and teacher of literature. They made the proposal to the Town Council which voted her in at the March meeting. Her tenure is for a 2-year term, renewable.

Laurel brought poetry into the homes and businesses of the Edgefield area through her readings, and with this new title of Poet Laureate, she is giving energy to new ideas for promoting the arts, literature in particular, for the schools and institutions here. In talking with her on Monday of this week, she sounded exuberant in her plans for future actions during her tenure. Just listen to this: “. . . a regular column in the paper, a Youth Poet Laureate (with the help of Laurie Prince), a Pottery and Poetry Festival (possibly in October), a ‘Poetry Floats My Boat’ float in the Christmas Parade – maybe a poetry workshop at the library.” (Catch your breath, Laurel!) And she is wanting everyone to have her home phone number and Web site address so that all may get in touch with her to tell her what they may want her to do. Contact Laurel at 803-637-2291 or through her Web site, www.laurelblossom.com.

“I am excited about promoting literature and literacy in Edgefield, our surrounding communities, and the WORLD!” says Edgefield’s first Poet Laureate, Laurel Blossom.

And by the way, she has a new bumper sticker that reads: “Edgefield Likes Poetry.”