By Edgefield Advertiser on April 2, 2015Comments Off on S.C. Dairy Hall of Fame Inducts Sudduth, Dorn 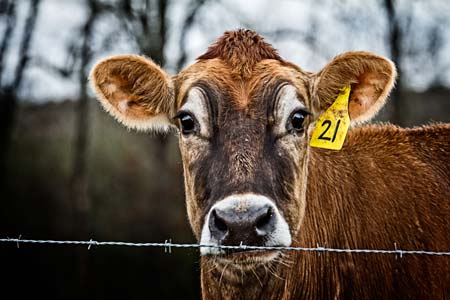 The Dairy Hall of Fame was established in 1966 to honor dairy producers, processors, Extension agents and educators, and related agribusiness professionals for outstanding contributions to the advancement of the dairy industry. The Hall of Fame is sponsored by the Hall of Fame Committee, Clemson University and the S.C. Farm Bureau. It has more than 75 members.

Sudduth served Clemson 29 years, retiring as assistant dean of field operations for Clemson Extension after serving as a regional Extension director and dairy Extension specialist. He has received several state and national awards for his contributions to the dairy industry and was recognized at the March 25 Hall of Fame induction ceremony for introducing new technologies to change the way dairy farmers managed their operations.

“I’d like to congratulate Terry Sudduth on this well-deserved honor,” said Extension Director Thomas Dobbins, who spoke at the ceremony. “Terry has been a mentor to me and to dairy farmers in South Carolina for a long time. He has left a lasting legacy on Clemson Extension, and I appreciate all the hard work he’s put into positioning the dairy industry for future success.”

Sudduth attended Blue Ridge High School in Greer and received his bachelor’s degree in dairy science, as well as his master’s degree in agriculture, from Clemson University. He and his wife, Sharon, have two children, Terry Sudduth Jr. and Andrea Corley.

Dorn and his wife, Marie, have three children: Jim Dorn III; Watson Dorn, who manages the processing and marketing of Clemson Blue Cheese for Hickory Hill Farm; and Frank Dorn.

The Dorn farm, now managed by Watson and Lisa Dorn, has been in the family since 1764. Speaking at the Dairy Hall of Fame induction ceremony, Dorn’s grandson, Daniel, said he intends to carry the torch and work at the farm after graduating from Clemson next year.