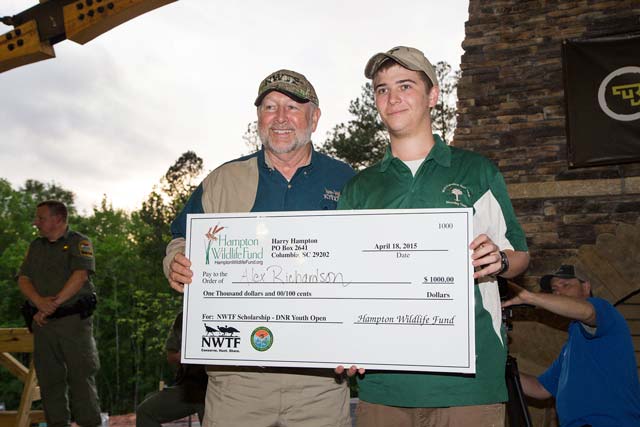 The event marked the first major event to come to the Palmetto Shooting Complex. The 437 youth competitors were more than excited to be some of the first members of the public to shoot through the complex’s two pristine sporting clays courses.

“The goal of this event is to safely introduce youth to the shooting sports and reward those who participate by offering scholarships to further their academic careers,” said Billy Downer, SCDNR captain over hunter education. “During the award ceremony at the end of the event, we awarded 22 scholarships representing more than $24,000 to graduating seniors who competed in the competition.”

SCDNR provided ammunition for each youth shooter and covered the cost for all the clay pigeons broken during the Saturday shoot. They also presented additional prizes, including several firearms, to youth competing in the more than 15 shooting classes.

“The future of hunting and shooting sports lies in the hands of our younger generations, so it is only fitting that the first event at the complex was for our youth,” said NWTF CEO George Thornton. “South Carolina’s Department of Natural Resources continues to be an incredible partner in furthering conservation efforts and preserving our hunting heritage.”

The Palmetto Shooting Complex at the NWTF was made possible in part due to a $2 million dollar Pittman-Robertson Wildlife Restoration grant from the SCDNR and the U.S. Fish and Wildlife Service.