A Memorial Day Message with Kudos to OEDGS

By Edgefield Advertiser on May 22, 2015Comments Off on A Memorial Day Message with Kudos to OEDGS 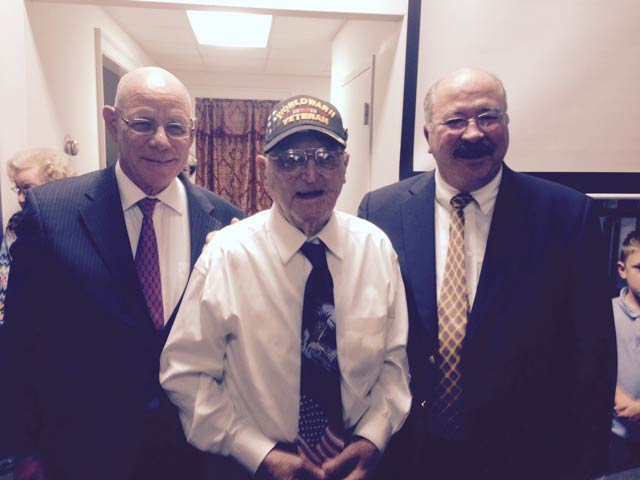 Sunday afternoon, May 17, the Old Edgefield District Genealogical Society (OEDGS) held their bi-monthly meeting at the Tompkins Library on the Square in Edgefield. This day the program was dedicated to the past and present service personnel.

The first speaker was Dennis Bussey, son of the late Mr. Joe Bussey who was stationed with the United States Navy at Pearl Harbor on Sunday, December 7, 1941, when the Japanese bombed Pearl Harbor, bringing the United states into World War II. Bussey was stationed on the USS California when the ship was torpedoed. Thousands of US Navy men were killed on that day. The story of Mr. Bussey’s heroism and survival was amazing to the audience on Sunday.

The second presentation was about Mr. J. L. Doolittle, by Rev. Dan White. He stated that Mr. Doolittle was “the first Army Commando to step onto Utah Beach” when the U. S. Army had the task of liberating France from the invasion and take-over by the German Army. On that day, June 6, 1944 – D-Day — Commandos (comparable to Navy Seals today in training and abilities) departed the ships to swim to the beach. (“Can any of you run 25 miles with a fully loaded backpack on your Back? – Mr. Doolittle did, many times.”). They were continuously fired upon by machine guns of the awaiting German armies. Although there were many U. S. casualties, Rev. White noted that the US Commandos overtook the German Soldiers and France was liberated. This battle is known as the Normandy Invasion – a turning point in WWII.

Were it not for these courageous, dedicated and amazing men and others like them, our country would not be today “the land of the free” – and thanks go to them from our hearts.

This writer believes this to have been an amazing and rewarding program sponsored by OEDGS – with a wish that all could have been there to experience it.