By Edgefield Advertiser on August 2, 2015Comments Off on The Argo Family Presents Funds in Matt Argo’s Memory 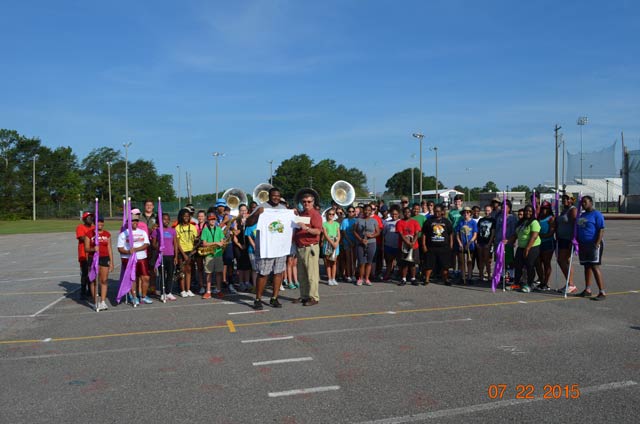 Funds from Shamrock Run of March 2015, the Irish-inspired celebration held each year as a fundraiser for special designations, were presented to the Argo family in memory of Matt Argo. That amount was $1000 and Rick Argo went last Wednesday to the marching band practice at STHS to make a presentation in Matt’s memory to both the Drama Club (received by Steve McKinney, club sponsor) and the Marching Band (received by Justin Craig – seen here in the photo above), Rebel Regiment director). The Shamrock Run was sponsored this year (2015) by the Town of Edgefield and Edgefield County Chamber of Commerce. Representing those two groups at the presentation last Wednesday were Charlotte Cheatham of the Mayor’s Office and Donna Livingston of ECCC.