By Edgefield Advertiser on September 11, 2015Comments Off on Edgefield to Host Motorcycle Rally of 100 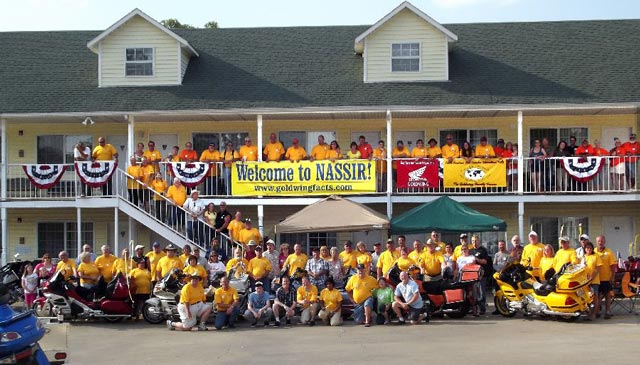 The NASSIR 8 Motorcycle Rally will be in Edgefield next week. The event hosted by Sean Burch will be held Tuesday-Thursday, September 15-17. There will be up to 100 visitors in town for the rally including folks from all over the United States, Canada, four from the United Kingdom, one from Ireland and one from Sweden .

This is the 8th annual NASSIR Rally which stands for North American Steve Saunders International Rally. According to Burch they are all members of an Internet forum dedicated to Honda Goldwing motorcycles called Goldwingfacts.com. The forum was founded by an Irishman named Steve Saunders over 15 years ago. It is a forum dedicated to helping people fix, restore and ride Honda Goldwings. It now has 40,000 members worldwide. Sean has bean a member since 2006 and it is his year to host the event.

Sean invites the public to join them on the square on Wednesday, Sept. 16, from 6-11. Restaurants will be open late for the event. It’s a Goldwing Rally, but all bikes are welcome. For more info you can call Sean at 803-275-7108 or scburch@bellsouth.net.