By Edgefield Advertiser on November 6, 2015Comments Off on Wardlaw Academy SCISA State Champions 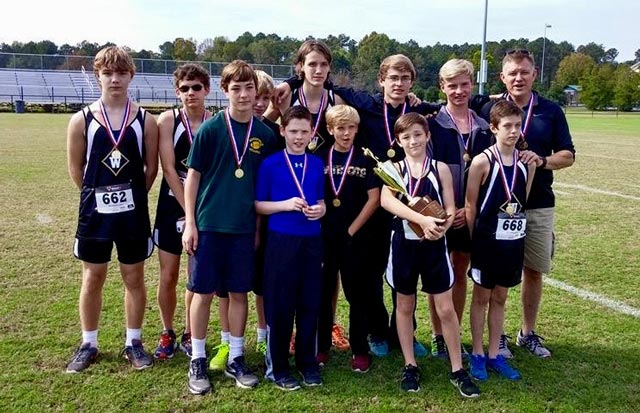 The Wardlaw Academy Cross Country Team bested nine other Boys Class A teams from across South Carolina last Saturday in a 5,000 meter run along the Congaree River. The State Championship, hosted by Heathwood Hall, was run at 12:10 p.m. under an overcast sky with temperatures in the mid sixties. According to Head Coach Bill Manly the course was fairly flat and the running conditions were just right for faster times. Six out of seven Wardlaw runners had new personal record times for the course. Coach Manly stated, “Our boy’s won because they trained hard and ran the race with heart.”