By Kate on January 22, 2016Comments Off on Pastor Sloan Gordon to be Installed 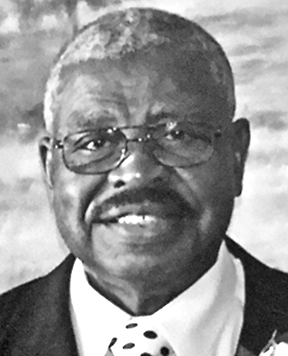 Cedar Spring Baptist Church, 1836 Hwy 283, Plum Branch, SC, is having an Installation Service for Pastor Sloan Gordon on Sunday, January 24, 2016 at 2:30PM. Installation Sermon Speaker is Rev. Michael Butler, Pastor of New Hope Missionary Baptist Church, McCormick, SC. Pastor Gordon was born in Edgefield, South Carolina. He was educated through the South East Washington, D.C., school system and received his Bachelor’s Degree in Theology from Christian International College in Phoenix, Arizona. He has been married to the former Pamila Bussey Williams since 2009 and they have six children between them. Pastor Gordon was called by God to preach the gospel of Jesus Christ in 1967. In 1969, he received his Minster’s License by St. Mathews Baptist Church pastored by Rev. L. G. Johnson. He was then ordained by The New Hope Missionary Baptist Association of New Jersey. For nearly four years, Pastor Gordon served as an assistant to Pastor L. G. Johnson. In 1974, Pastor Gordon began to fellowship with Mt. Olive Baptist Church, in Jersey City, NJ. He was guided under the spiritual leadership of Pastor Ernie L. Murray Sr. Pastor Gordon became an Associate Minister at Mt. Olive Baptist Church and continued to serve there until 1980. In July 1980, Pastor Gordon started his Pastorate at Angelic Baptist Church, in Bayonne, NJ where he served for 19 years. During his time there, Pastor Gordon’s path has allowed him to become involved in the following capacities: The New Hope Missionary Baptist Association of New Jersey, The National Baptist Convention USA Inc., The Board of Directors for the Bayonne Youth Center, a “Life” member of the NAACP, and a member of The Black Clergy of Bayonne. Pastor Gordon came back to South Carolina in 1999 and joined the Pleasant Lane Baptist Church in Edgefield, SC under the leadership of Pastor J.T. Tate. Pastor Tate retired December 2001. In February 2002, Pastor Gordon was appointed as the 14th Pastor of Pleasant Lane Baptist Church. He served at Pleasant Lane Baptist for six years and eleven months until he resigned on January 3, 2009. Pastor Gordon had three children with his wife, Iris, who passed away in 2007; Ms. Lita D. Gordon and Reverend Sloan Gordon Jr., and one deceased child, Mr. David Gordon. Pastor Gordon’s scripture is from Psalms 91: 1 “He that dwelleth in the secret place of the most high shall abide under the shadow of the Almighty.”

Pastor Sloan Gordon to be Installed added by Kate on January 22, 2016
View all posts by Kate →