By Kate on January 7, 2016Comments Off on Remembering Vietnam 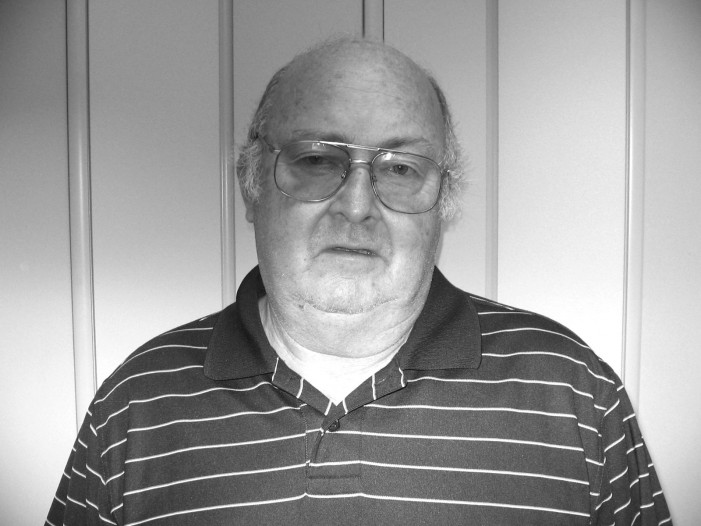 The following article is provided as the beginning of a series of articles as part of the USA Commemoration of the 50th Anniversary of the Vietnam War.

Bill Murrell was 19 years old when he received his draft notice in 1968. He said he was the only person from Saluda to get a draft notice at that particular time, so far as he knew. Murrell was newly married and settled down but accepted his responsibility to serve his country. He immediately went into town and “signed up” because the military promised him job training. Five days later he was off to basic training at Fort Jackson. Then he was sent to Ft. Gordon in Augusta for communications training, then to Germany for seven months, then to England for 14 months, and then to Vietnam (in 1970) for six months. He would have been there longer, but his time there was cut short, he said, because he was sent home on emergency medical leave due to the illness of a family member. Returning to duty, he was sent back to Fort Jackson until his time in the military was up. “I still don’t know why we went into Vietnam,” he said. “It was a waste and a disaster. To this day no one can tell me what we went for. If you can tell me why we went over there and what we accomplished, you’ll be the first one.” When asked what he remembered about going into Vietnam, he responded that he was “scared to death.” He vividly recalls his plane diving down at a steep angle to avoid being shot at while landing. Then they sat on the plane for a long time – and it was SO hot, he recalled. The temperature was always above 80 degrees with rain (“hard rain”) every day, always at the same time every day. In Vietnam, Murrell worked as a Specialist 4th Class (72B20) in Communications on the general’s staff. He readily admitted that he “had it made” and was “one of the fortunate ones,” having available most of the conveniences of home, including movies, a basketball court, and the swimming pool. He attributes his good living conditions in Vietnam to his having taken typing in Saluda High School and having worked some for the newspaper offices in Saluda and Edgefield – which enabled him to be chosen to receive Communications training at Fort Gordon. In Vietnam it was Murrell’s job to send out and receive messages for our troops. He said this job showed him how cruel and unconcerned family and friends could be to their own who were serving so far away from home. . . how blunt and devastating some of the messages were for the young troops who were already stressed to the limit. He mentioned especially the telegrams about the deaths of parents and children and wives’ demands for more money for running the household back home. One telegram that he remembers to this day was “Your son jumped out of a window two days ago and got killed. Send money.” “Ungodly stuff, he said. “I learned a lot about how people really are.” He recalled seeing the troops upon their return from the jungle: so tired and dirty and unshaven, so obviously stressed out. He said they were advised to leave those returning troops alone and not to ask them any questions in order to give them time to adjust to being away from battle. “But some still have not adjusted,” he added. Drugs, especially marijuana, were readily available among the troops in Vietnam, Murrell said. He noted that others over there knew which of the new arrivals to offer drugs to (those who were already users), but he said he never figured out how they knew who had already been on drugs before they went to Vietnam. He said he had not used drugs before going over there and was not offered them but could have gotten them if he had wanted them. He added, however, that he did drink his share of beer while in Vietnam. It was sent over along with perishables in coffins, he said. “It was a war, but I still don’t know why we went,” Murrell repeated. During the war, he said, protestors back home in the U.S. were against the war and also against those who went. “The only way to get out of going was to go to college or to Canada. Then the ones who went to Canada got a pardon.” “We who went to Vietnam still have not gotten the honor or respect we deserve.” He noted that during the recent Veterans’ Day television specials the WWII veterans and the Afghanistan veterans were commended, but the Vietnam veterans were not. He added that even to this day our local people seem to look down on Vietnam veterans. “All those lives that were lost were for nothing,” he said, saying that as he sees it, Vietnam was “a political war.” Yet, he said he would do it again today if his country needed him to do so. He added, “The world would be a better place today if we still had the draft, at least for three months, for males and for females.” “If it were not for the military, I would not have the living I have now.” Bill Murrell, now 67 years old, is retired. He enjoys traveling and fishing and is active in his church. He and his wife of 48 years have one child (and one deceased), four grandchildren, and two great-grandchildren. Bill Murrell, we thank you! The above article is provided by Old 96 District Chapter, Daughters of the American Revolution, an organization whose objectives are patriotism, education, and historic preservation. If you are a veteran or a relative of a deceased Vietnam veteran and would like to have your story or theirs presented, please call Ann Ella Adams at 803-637-4690. These interviews will be preserved at the Saluda County Museum and at the Tompkins Library in Edgefield.

Remembering Vietnam added by Kate on January 7, 2016
View all posts by Kate →