By Kate on January 19, 2016Comments Off on Wardlaw Basketball 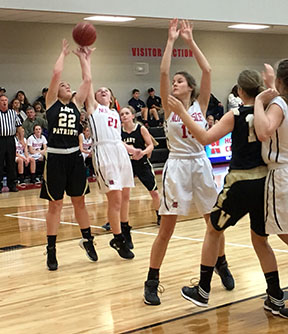 Holmes sank two and Abbie Spurlock dropped in one as Curtis controlled the game from start to finish. Scoring for The Lady Patriots was led by Madison Padgett and Lauren Hamment with six points each. Wardlaw’s Elizabeth Rouse had a three-point basket for the Patriots.

Wardlaw Basketball added by Kate on January 19, 2016
View all posts by Kate →