By admin on February 17, 2016Comments Off on A New American Century 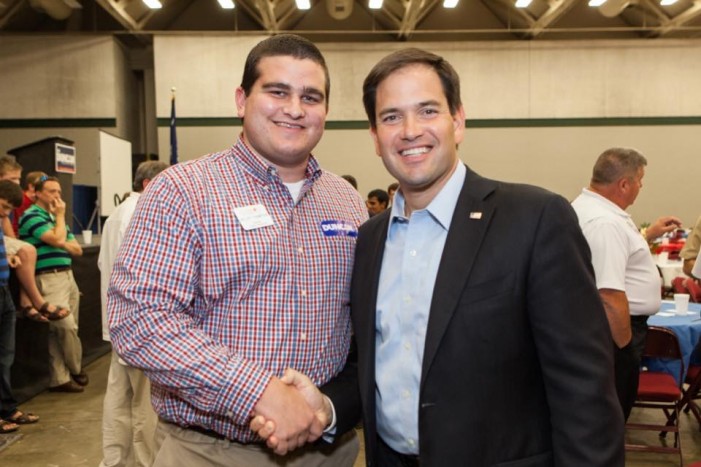 The stakes of this election are high.  We are reminded of this reality with the passing of Supreme Court Justice Antonin Scalia and the inevitable battle that will soon take place to name his successor.  The next president, like the forty-four who have preceded him, will inherit remarkable power and influence.  What is done with that power and influence will shape the course of history and will have significant impact on the nation that is left to my generation and our children and grandchildren.  There is no room for error.

Republicans in South Carolina will cast their votes for the Republican nominee on Saturday.  South Carolina again has the privilege of influencing the race early.  I urge you, fellow Republicans, to use your vote to support Marco Rubio.

After several months of watching this race and listening to candidate speeches and debates, one thing is clear:  Marco Rubio is the most genuine, the most optimistic, the most presidential, and the most capable of leading the country to a sustainable future.  Never have I left a campaign rally feeling as invigorated and inspired about what is to come than when I walked out of a Rubio rally in Easley.  Senator Rubio has a vision for the next several years and it is one I am thrilled to endorse.

The Obama Presidency has fanned the flames of division for years now and it is critical that a candidate is elected who can begin to extinguish those flames and unite the nation.  Marco Rubio is that candidate.  It is high time for new ideas and a fresh face to guide the country.

In the days between now and Saturday, take a moment to check out Rubio’s campaign website.  Senator Rubio will be an innovative leader who will address the issues facing our nation in a reasonable and responsible manner.  His policies are explained in such a way that is both concise and specific.  The clarity and transparency he will bring to the White House is a refreshing change of pace.

Marco’s plans for higher education, the VA and military, and the economy are three issues about which I am particularly excited.  He will make college more affordable for traditional and non-traditional students.  He recognizes that our nation’s veterans deserve nothing short of the best care and will work to rid the VA of employees who are failing to provide that care and ensure that our veterans are treated with the respect and dignity their sacrifice warrants.  He has a simple and realistic plan to shrink the tax code and cut taxes so that we have more money in our pockets with which to provide for our families.  He will defend the Constitution and protect the liberties it defines.

Most importantly, Marco strikes me as a genuine and authentic candidate who truly has our country’s best interests at heart.  He is not in this race to advance his own career, but rather to ensure that America continues to be an exceptional nation.  Marco wants citizens of all ages to experience the success that America can offer.  He came from very little and has a better understanding than most of what the American dream really means and I am confident that he will work to ensure that the Dream lives on for generations to come.

Senator Rubio will bring humility to the White House.  He will work for we the People.  He is the only candidate in this race with a message that inspires optimism for the future, that our best days are head of us.  The potential of the next American century is rich and I trust Marco to lead us through it.

A New American Century added by admin on February 17, 2016
View all posts by admin →