By admin on March 8, 2016Comments Off on New Hamburg Marker Unveiled 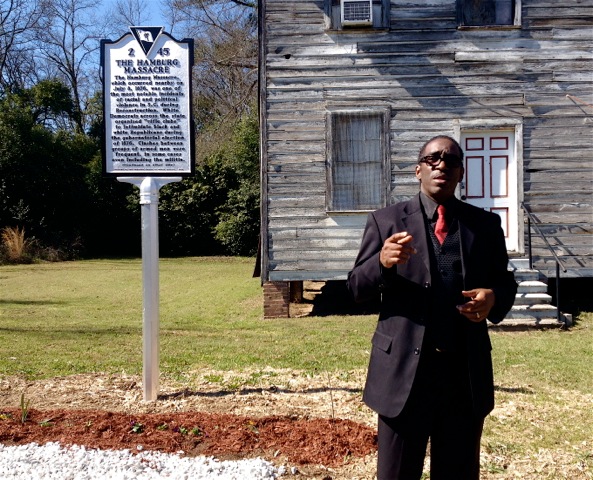 The story of the Hamburg Massacre is one of the darkest chapters in the history of the North Augusta area. From July 4 to 9, 1876, eight men were killed in a series of racial confrontations. It began with a traffic dispute and ended in a group execution. An obelisk was soon erected in memory of the one white casualty of the conflict. Only now has a marker been put in place bearing the names of the seven black victims.

It was unveiled on Sunday, March 6, in a moving and well attended service led by historian Wayne O’Bryant, who has ancestors on both sides of the tragedy.