By admin on June 9, 2016Comments Off on DHEC Responds to Beaverdam Repairs 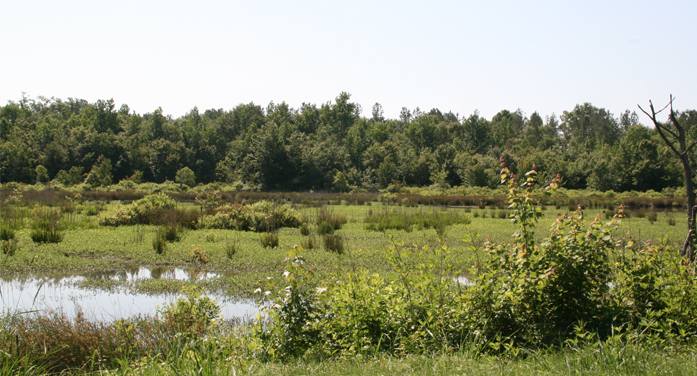 The Advertiser received comment from the SC Department of Health and Environmental Control, Saturday, May 28, regarding The Advertiser’s coverage of DHEC issued repair notices on the gates at Beaverdam Structures 1&2 (article posted May 24 to www.edgefieldadvertiser.com and printed in the May 25 edition).  In a statement from media relations spokesperson, Cassandra Harris, The Advertiser was forwarded two letters sent via certified mail and issued to the Edgar Lamb, President of the Beaverdam Water Shed Commissioners.  Each letter was dated May 24 and signed by Wayne Shealy, Environmental Engineer for the Dam Safety Project with the DHECs Bureau of Water.  Both letters essentially informed Mr. Lamb of the same thing; the commissioners have until July 29, 2016, to provide DHEC with a plan of action for repairing the faulty gates at the two dams.  These plans are to include a schedule for repairing the dams.  The letters went on to state, “…this situation is not an immediate threat to life or property.”

In the emailed reply from DHEC, The Advertiser was told, “…DHEC’s role is to provide input and assistance to dam owners and operators and to advise on regulatory compliance. The dam owner is responsible for maintaining the structural integrity of their dams. We are currently working with dam owners to provide technical assistance so that they can make final decisions on the future of their dams and implement the repairs.”  The reply went on to state that DHEC does not provide funding support for the repairs.

Edgar Lamb confirmed for The Advertiser that he has received the letters sent to him from DHEC.  In response to the them, Lamb said, “This was coming.”  Lamb went on to tell The Advertiser, “Hopefully, they’re [DHEC] gonna work with us.”  He added, “Honestly, we want to get it repaired,” and also stated, “We are addressing the problem.”

One way Lamb is addressing the problem is by appearing before Edgefield Town Council, Monday evening, June 6, with a detailed fact sheet to present to them.  He is hopeful they will be able to assist in funding the repairs, especially, as he pointed out, since the dams serve to protect the town.  Lamb and his fellow commissioners are also working to find a time in which they can all meet this week in order to begin working on a plan to submit to DHEC.  One of the issues that Lamb will be bringing up in this meeting is ascertaining who actually owns what part of the ponds and dams.  Lamb stated that he is “not 100% sure” of who owns the ponds and who owns the structures but is hopeful this can be clarified at the commissioners’ meeting.

In further correspondence with DHEC, The Advertiser questioned what penalties, if any, there might be in the event the funds could not be secured to repair the dams.  DHEC responded by email saying, “DHEC’s goal is to work with dam owners to help them come into compliance. However, if a dam owner does not take appropriate actions, DHEC will use a contractor to implement the necessary actions. The cost for any necessary actions will be assessed to the dam owner.  Criminal and civil penalties may also apply. A person violating the law, may be found guilty of a misdemeanor. If found guilty, a person may be fined not more than $500 per day until corrective action is taken. Additionally, DHEC may assess an administrative fine of up to $1,000 for violating an order.”

The Advertiser would like to point out that the cost estimates to repair the dams are based on verbal estimates given by two professionals.  However, there have been no written, specific estimates given to date on the dams’ repairs.  Thus, the costs could decrease or, possibly, increase from the $200,000 each, once a detailed repair estimate is given.   Also, the insurance payment was incorrectly reported as having increased to $20,000; it actually increased to around $2,000.  However, this increase alone is still significant as Suzy Spurgeon, Emergency Management Director, pointed out, because the commissions “already operate in the red every year to start with.”  She went on to state that while DHEC could impose fines, it would be counterproductive to do so as any fines would take away from repair funding.  It would be “like trying to get blood from a turnip,” she said.

DHEC Responds to Beaverdam Repairs added by admin on June 9, 2016
View all posts by admin →