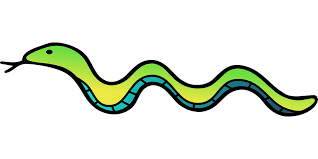 The Edgefield County Sheriff’s Office responded to three separate calls involving snakes over the weekend.  In two of those instances, snakes were reported being seen on or around the victims’ homes.  In one of those two calls, to a home on Youngblood Road in Trenton, Friday, June 10, the homeowner reported seeing a 6 foot black snake in her backyard.  When law enforcement arrived, the snake was said to have gone into a drain pipe in the yard.  However, the responding deputy was unable to locate the snake.  In the other instance, law enforcement was called to a home on Courtney Road in Trenton, on Sunday, June 12.  This complainant reported that a snake was on her front porch.  Again, however, the snake was unable to be located once law enforcement arrived.

In the third instance, law enforcement responded to a location on Augusta Road, Sunday, June 12, where a driver had notified law personnel that she had pulled over on the side of the road after seeing a snake on the hood of her vehicle.  Once again, the snake could not be located by the responding deputy.  However, the woman requested the deputy follow her home.  While doing so, the snake came out from the left tire area and again made its way back onto the hood of the complainant’s vehicle.  The driver once again pulled off the road.  This time, the deputy was able to retrieve the snake which he then let loose in some nearby woods.