By admin on July 18, 2016Comments Off on “No Annexations in the Works in Merriwether” 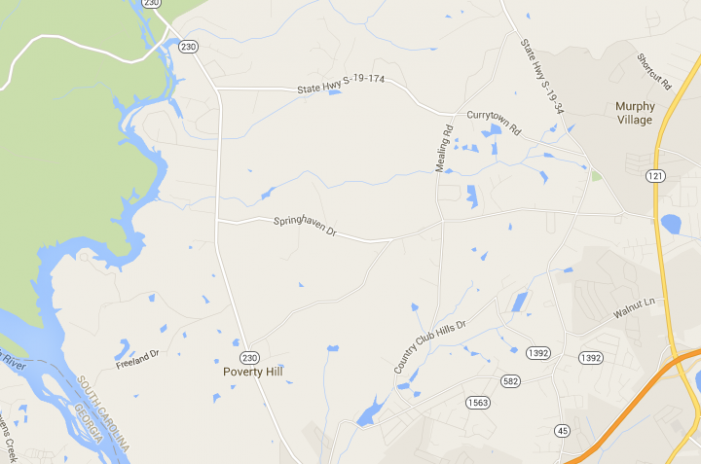 Chairman Campbell opened the meeting by saying that Council had heard a lot about annexation in the Merriwether area and as such wanted to bring a meeting about the issue to the people it concerned.  Calling the intent of the meeting “understanding,” Campbell went on the say, “We want to have understanding about what’s going on.”  However, is was quickly apparent that many attendees as well as panel members were unclear as to why they were there.  In fact, when an open microphone was provided for audience members to pose questions and the question was asked, “Why are we here?” at least one panel member was heard to echo that question in obvious frustration.

As the meeting wore on, it also became apparent that many of those in attendance were under the impression that a proposal to annex parts or all of Merriwether was in the works.  However, this was denied by North Augusta Mayor Lark Jones.  It was repeatedly denied throughout the night, until finally, Rep. Hixon took the floor and seemed to somewhat put the matter to rest.  In fact, most of those in attendance left after realizing there are no active annexation plans.

The need for the meeting seems to have stemmed from a recent annexation of 82 acres by a private landholder in the Merriwether area.  That annexation produced what was described as “swirls of activity” about annexation, and information then began to surface that suggested North Augusta was planning to annex parts/all of Merriwether.  Mayor Jones, however, said, “If you want to be a part of us [North Augusta], we want to be a part of you.”  However, clearly frustrated by the continued idea of a “proposed annexation,” Jones finally said, “Right now, there is nothing part of annexation.”

Annexation may have been the draw, but as the meeting continued, many other topics fought for center stage.  In fact, water and sewer talk dominated nearly as much time during the meeting as did talk of annexation.  Perhaps this is because, as it was noted, most citizens wishing to be annexed by North Augusta do so for this service.  However, it was also noted by Mayor Jones that people in annexed areas pay twice as much for these services as do residents of the City of North Augusta.  On top of that, those annexed citizens still pay taxes to Edgefield County (as annexation does not change county lines) as well as to North Augusta and their children still remain part of the Edgefield County school system.

County Attorney Andrew Marine did provide an overview of the different ways annexation may occur.  He also provided details for incorporating an area.  Maps of the Merriwether area were also posted about the room and copies were given out as available.  Those maps highlighted areas already owned or annexed by North Augusta, which total 444 acres.  The biggest area is a around the Oak Creek subdivision.  Another, smaller plot, is protected land now owned by a land conservatory.  The final area is nearer to the border with North Augusta and was purchased by the city several years ago with the intent of making it a recreational park.  However, that development has not occurred.  When asked if North Augusta plans to just abandon that area, Mayor Jones replied in the negative saying, “We’ve got too much money invested in it.”  He said the area is still viable as a park but added that no plans are currently in the works for the area.  He said that selling the property is a possibility should the city decide not to use it in the future.

As for the question of whether or not North Augusta planned to annex Mount Vintage, this was quickly answered by explaining the rules that govern annexation; land not contiguous to the city cannot be annexed.  There is no property near Mount Vintage that borders North Augusta, as such it cannot be annexed.  Replying to the idea that North Augusta was trying to annex all of Merriwether, Mayor Jones again referenced annexation rules stating, “There is no way that 75% of those people [in Merriwether] … want to come into the city of North Augusta.”  He went on to assure that the City of North Augusta was not out looking to annex nor was it soliciting annexation.  However, it was noted that, that does not mean that future annexations will not occur, especially as subdivisions continue to grow in this area.

Annexation rules and maps of the county can be found on Edgefield County’s  website.

“No Annexations in the Works in Merriwether” added by admin on July 18, 2016
View all posts by admin →