By admin on July 18, 2016Comments Off on Titans Farms Comments on Workers Injured by Lightning 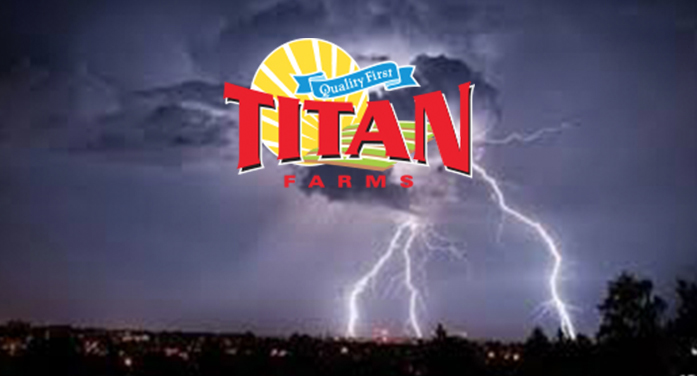 All Four Have Been Released From the Hospital

Four farm workers working for Titan Farms were struck by lightning, Wednesday afternoon, July 6.  The Advertiser is happy to report that all four have now been released from MCG where they were all taken for treatment after the accident.  As previously reported, three of  the four were released shortly after the incident.  However, one remained hospitalized and listed as unconscious and in critical condition as of Thursday.  In a statement from Titan Farms at that time, a spokesperson with the farms told The Advertiser, “We are monitoring his situations constantly and we have personnel with him at the hospital.”  That spokesperson went on to explained that the four were “part of a harvesting crew working in a very large agricultural field when a sudden storm came up.”  She continued, “Titan Farms is committed to our people and their welfare.  We ask all of you to join us in keeping our employee in your prayers for a complete recovery.”

In a follow-up interview on Monday, July 11, Titan Farms confirmed that the fourth worker had been released from the hospital over the weekend on Saturday.  He is currently back at the farm where he is being cared for.  It was told that he is walking and his condition was described as “progressing.”  The spokesperson for Titian said, “He’s done exceptionally well.”

Titans Farms Comments on Workers Injured by Lightning added by admin on July 18, 2016
View all posts by admin →