By admin on September 19, 2016Comments Off on Sean Burch Rides as Gentleman in Fundraiser 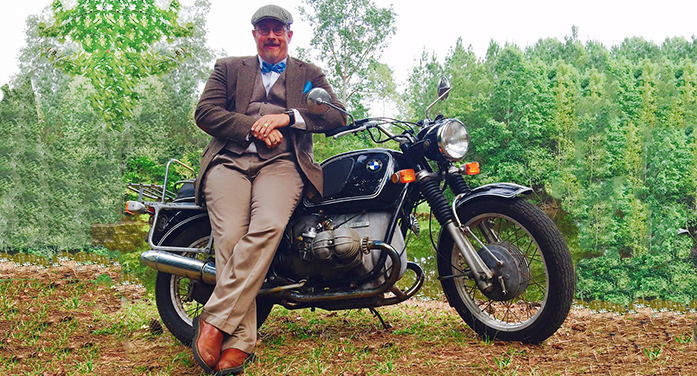 Edgefield’s Sean Burch is preparing for a bike ride on Sunday, September 25, along with tens of thousands of distinguished gentlefolk in hundreds of cities worldwide, to raise funds and awareness for men’s health, specifically prostate cancer research and suicide prevention.  These riders will, according to their Web site, don their cravats, tweak their mustaches, press their tweeds and sit astride their classic and vintage styled motorcycles . . . to ride dapper for a Cause.”

Sean will join the ride in Ashville, North Carolina, and is looking for sponsors.

“Influenced by losing one of our ride hosts to depression, 2016 will see a change in health goals,” notes the official blog.  They are now funding suicide prevention programs in addition to prostate cancer research.

For those wishing to support Sean with a donation and become a sponsor, go to  http://www.gentlemansride.com/rider/sbinsc

Sean Burch Rides as Gentleman in Fundraiser added by admin on September 19, 2016
View all posts by admin →