By admin on October 13, 2016Comments Off on Always…Patsy Cline, One last Weekend 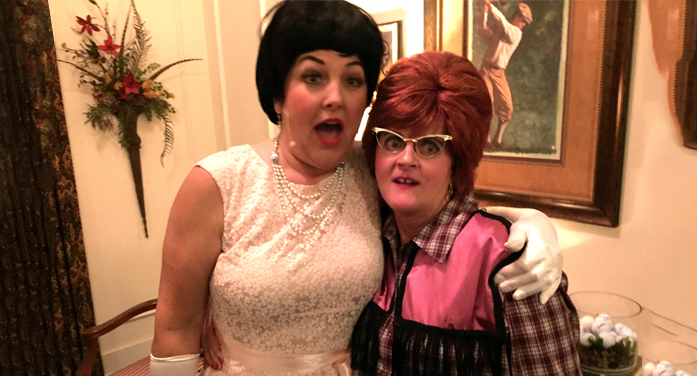 Edgefield County Theater Board President Mary Benedetto was thrilled with the crowds and the comments made by those attending the first week of Always …Patsy Cline.  She stated, “Crowds were fabulous and everybody has loved it.” One email came to her stating, “Can’t believe the talent and energy. I’m telling all my friends they should get tickets.”

Patsy (Melissa McElmurray) and Louise (Deb Fryer) have only improved with age since their last performance of this same play in 2012. A great addition this year is The Bodacious Bobcats Band which includes Kevin Reynolds, Josh Edwards, Caleb Wilkerson, Denny Peluso, Jason Rushton and Jeannie Butler. Dave Engelman, the director, Jonathan Thomas, the lighting and sound, and Dianne Kinnsey, the costumes are to be commended as well. Mrs. Benedetto also stated that Pine Ridge Club had gone above and beyond in helping the theater and providing the venue.

As The Advertiser writer of four years ago said, “The music was great, the acting was just right and the evening rocked with those old tunes that are never forgotten.”

Mrs. Benedetto stated that there are tickets still available for this week’s final performances on Friday and Saturday, October 14 and 15 at 8 p.m. Call 803-336-8726.

Always…Patsy Cline, One last Weekend added by admin on October 13, 2016
View all posts by admin →