By admin on December 20, 2016Comments Off on Dodge’s Convenience Store Closed for Repairs 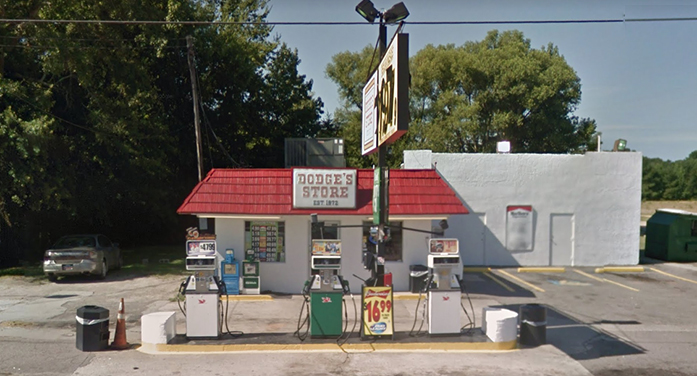 Dodge’s Convenience Store on Augusta Road in Edgefield has been closed indefinitely for repairs.  The order to close the establishment was given Dec. 14 around 9:00 in the morning after Building and Planning was notified by citizenry of possible unsafe conditions.  According to Director of Building and Planning, Doc Clark, he walked into the store that morning to find a 4×4 beam holding up the main structural beam of the building, a measure he described as “not near enough to hold the roof of the building.”  In speaking to the Advertiser, Clark said that the main structural beam in the front side of the building had “failed completely” and as result water is pooling on the roof.  The department deemed the store an “unsafe structure” and ordered its closing.  The red closure notice is on the door of the establishment.

Clark did confirm that the owner’s of Dodge’s have hired an engineering firm and a contractor to repair the damage to the store.  However, due to the Christmas holidays, Clark said that it was unclear when construction to repair the roof might begin.  The next phase in the process will be to obtain the necessary permits to do the work and then construction will be able to begin.  Before they are allowed to reopen, however, Clark said the project will have to be 100% completed, and the department will have to do a full inspection.  Clark said that he is doubtful this project will take several months, as these type jobs are typically done quickly, but that, at this point, the project’s completion is dependent on the engineers.

Dodge’s Convenience Store Closed for Repairs added by admin on December 20, 2016
View all posts by admin →