By admin on January 26, 2017Comments Off on A Prelude to Valentine’s Day – in Music 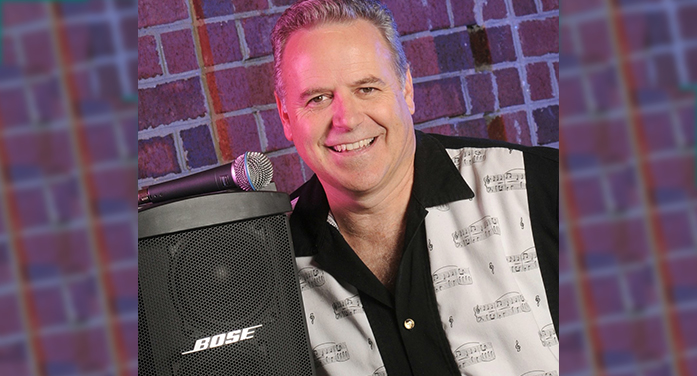 Music at the Discovery Center has become a dependable entertainment in the last few months as performances there have included singers and with musical accompaniment.  Next month, February 4, at 7 p.m., Jeff Barnes will be there to classic oldies and Valentine ballads.  This happens to be his second visit for he was there earlier in the fall as an Elvis Tribute Artist.

Jeff Barnes’ love of music started when he was young boy, hearing Elvis Presley for the first time.  As years went by, he developed his craft as an Elvis tribute artist, winning many awards and being nationally recognized for his performances.

His appreciation for so many other artists grew into a passion for performing variety shows. Jeff has performed Elvis, Oldies and Country shows in most of the southern states.  His fan base has grown because of his energy and engagement with his audiences.  No matter what genre of music he performs, Jeff loves to entertain.

His local performing area is Augusta, Ga., where he has entertained at national conventions, city fairs, festivals, civic clubs, hospitals and nursing homes.

“Wherever he goes, the crowds feel the excitement, nostalgia and genuine love for the music of the,” quoting his publicist.

Although he will not be singing as Elvis Presley, he will sing a couple of the music icon’s songs along with the program billed as Rock-N-Romance – a prelude to Valentine’s. Call 803-637-4014 for information on tickets or go to EXPLOREEDGEFIELD.com

A Prelude to Valentine’s Day – in Music added by admin on January 26, 2017
View all posts by admin →