By admin on February 7, 2017Comments Off on Death of Mrs. Floyd Awakens Memories 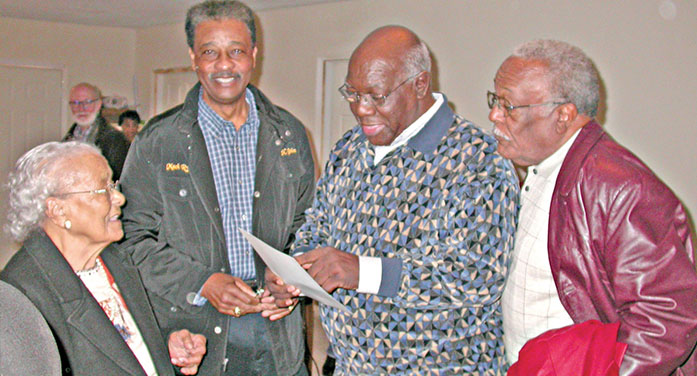 The death of Mrs. Vivian Floyd struck a very sad note in this newspaper office. The Advertiser enjoyed interviewing Mrs. Floyd on several occasions.  She was close to 90 years old the first time when she contributed to a two-part story on Macedonia, the community in which she lived.  Her memories came easily to her and she brought to the interviews great stories.

One of the stories was her contact with Rev. Weaver, the iconic minister of early 20th century who had remarkable acuity for working miracles among his congregation and folks in the community.  She was very ill at two years old and received a healing experience in his care.

It has been said that the loss of one elderly person is like the loss of a library of knowledge.  That is certainly true of this woman who stayed connected in her community as long as she could and held, for many, histories of their participation in the community. Her knowledge incorporated that of her husband who taught in the school system for years.

In 2012, she was photographed among a group of contributors to a Black History seminar in the community center in Macedonia, in which she was able to confirm for the group much of the information shared. The Advertiser of February 29, 2012, is quoted here: “Mrs. Floyd was there and sat on the front. . . she spoke up from to time to time during the many stories to confirm names of people and actions that took place on the street (Macedonia), attesting to her knowledge and accuracy on facts.”

Death of Mrs. Floyd Awakens Memories added by admin on February 7, 2017
View all posts by admin →