By admin on February 22, 2017Comments Off on Safety Check Point Results in Weapons/Drug Charges 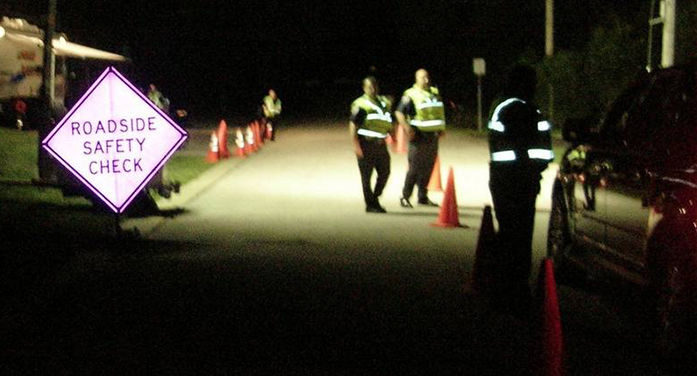 The Edgefield County Sheriff’s Office was assisting the SC Highway Patrol with a safety check point, Feb. 9, at West Five Notch and Murrah Roads in North Augusta (Edgefield County) when a subject came through the check point without his driver’s license.  The subject told law enforcement that he had left his license at home.  When asked if he had any weapons, the man replied that he did have a pistol in the pocket of his jacket.  Law enforcement retrieved a black TCP Taurus 380 caliber semiautomatic pistol with a loaded magazine.  The suspect admitted that he did not have a Concealed Weapons Permit or a Hunting or Fishing License.  As such, the gun was confiscated and placed in an evidence box at the scene.  When asked if he had any drugs, the suspect stated that he had marijuana in his pants pocket.  Law enforcement did retrieve a plastic wrap containing a green leafy substance believed to be marijuana from a front pocket of the man’s pants.  They also found a black digital scale in his back pocket.  Each of these was taken as evidence.  The man was taken into custody.  He was charged with simple possession of marijuana and has a pending charge of unlawful carry of a pistol.

The man had two passengers in the car with him at the time of his going through the check point.  One of those passengers admitted to law enforcement that he had a “blunt” in the pocket of his jacket.  A portion of a rolled cigar containing a green leafy substance believed to be marijuana was taken from that subject’s pocket.  He was issued a ticket for simple possession of marijuana.  Both passengers were released at the scene and allowed to leave with a family member that came to pick them up.

While doing inventory on the vehicle before it was towed, law enforcement also discovered two more magazines containing a total of 11 bullets in the car.  All evidence collected was turned over to investigations.