By admin on May 16, 2017Comments Off on All A’s, All Region, All State, Region V-AAA Player of the Year, All Rebel 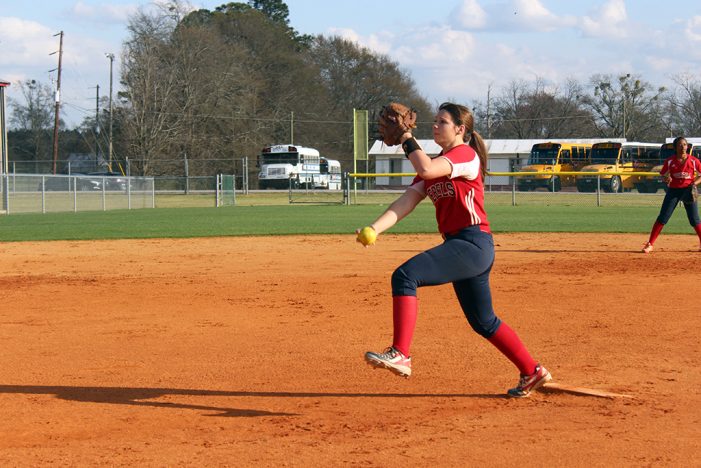 Sophomore Madeline Wise had a record season for 2017 as a member of the Strom Thurmond High School softball team.  Madeline was named Region V-AAA Player of the Year, All-Region and All-State.  Madeline, #16, is the daughter of Mr. and Mrs. Chris Wise of Edgefield and is a shining example of the student athlete with all A’s.

Coach Kelly Jo McIlvried’s first season as the softball head coach resulted in the Rebels reaching the District Championship and ending the season with a 16-13 record, 8-2 in the Region.  The Rebels placed Ashlee Chinn, Truett Taylor, Taylor Driggers, along with Wise, on the All-Region Team.  Truett Taylor was also named All-State.