By admin on February 25, 2018Comments Off on Unintentional Possession of Gun By Adult at Merriwether Middle School 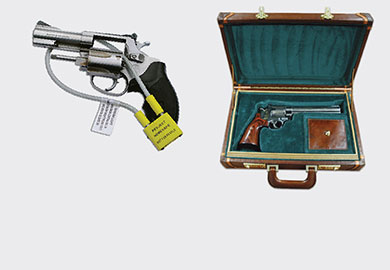 A handgun was found in the purse of an adult at Merriwether Middle School, Thursday, Feb. 22.  According to a spokesperson with the Edgefield County Sheriff’s Office, a school official was checking bags of students and adults when the gun found in the woman’s purse.  The woman, who has served as a substitute teacher for the school district but on this day was at the school in the capacity of a chaperone, does has a Concealed Weapons Permit and said that she had forgotten to take the gun out of her purse.  The ECSO stated that they do believe the offense was unintentional.  The woman was escorted off school property after the gun was found.  It was later confiscated by the ECSO.  As the matter is still being investigated, the exact charges this woman is facing is unavailable at this time.  However, the ECSO said that the woman is going to be charged with charges related to carrying a weapon on school grounds.

Unintentional Possession of Gun By Adult at Merriwether Middle School added by admin on February 25, 2018
View all posts by admin →