By admin on March 13, 2018Comments Off on Columbia – John Albert Timmerman 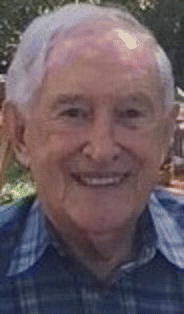 Columbia – John Albert Timmerman, Sr., 92, went to be with his Lord and Savior Thursday, March 8, 2018. John was born October 15, 1925, in Edgefield, SC, the son of William Ryght Timmerman and Mamie Cheatham Timmerman. A farm boy by birth, but a ball player by desire, he attended Clemson College where he was a standout second baseman. His baseball career was interrupted by WWII and he proudly served in the US Army. After the war, he went on to play with both the Twins and Giants organizations. While he was at Clemson, he met the love of his life, June, to whom he was married almost 70 years, until her death. After his baseball career, he became a sales rep for several grocery suppliers throughout the Southeast all the while serving as CFO of Timmerman School, the independent school founded in 1954 by his late wife.

He was a true conservationist and was an avid quail hunter. John was an excellent golfer and enjoyed playing with family and friends. He was recognized by the Indian Waters Council of the Boy Scouts of America as a true friend and supporter. The happiest he was, though, was spending time with his grandchildren and great-grandchildren who lovingly called him Gump.

As a child of the Depression, he developed a relentless work ethic. He instilled the qualities of love for his fellow man and compassion for all God’s creatures in all the lives he touched. Always an optimist, he loved telling the younger generations, “If you think good thoughts, you will do good things” He was a member of Shandon Baptist Church where he taught Sunday School to the seniors.

Survivors include his daughter, Liz Jordan (Steve) of Edgefield, SC and Columbia, SC; son, John A. Timmerman, Jr.; grandsons, Baker Leigh (Charity) of Aiken, SC, Ryght Jordan (JoAshley) of Edgefield, SC, Vann Jordan (Ashley) of North Augusta, SC; granddaughter, Paige Pennington (Rick) of Blacksburg, SC; 10 great-grandchildren; son-in-law, Jim Leigh of Blacksburg, SC; a host of nieces and nephews; and his beloved English Bulldog, “Petey”. In addition to his parents, John was preceded in death by his wife, June Hylton Timmerman; daughter, Beverly Leigh; his brothers, William Ryght Timmerman, Shelden Timmerman; and sisters, Lula Sandifer and Sabrina Walker.
The family would like to thank Helga Shobert for all her years of constant love and care of her “Grandpa” and the staff of Timmerman School whom he adored.
Family and friends are invited to gather from 4 until 6 o’clock, Friday, March 9th at Shives Funeral Home, Trenholm Road Chapel, 7600 Trenholm Road Ext., Columbia. Interment will be private. In lieu of flowers, the family request that memorials be made to June Hylton Timmerman Scholarship Endowment, Anderson University, 316 Boulevard, Anderson, SC 29621 or the Zain Valimohamed Academic Scholarship, c/o Timmerman School, 2219 Atascadero Drive, Columbia, SC 29206.

Memories and condolences may be shared at ShivesFuneralHome.com