By admin on March 8, 2018Comments Off on Dollar General Coming to Merriwether Area 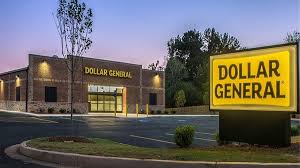 Another Dollar General will soon being opening its doors in Edgefield County; this time on the corner of Martintown Road and Woodlawn Road in the Merriwether section of the county.  The Building & Planning Department confirmed the retailer is coming to its new home on 25 Woodlawn Road but said that there is no set completion or opening date.  The site is currently being cleared and prepared for construction to begin.  B&P did say that plans submitted indicate that this will be one of the smaller sized Dollar General stores.

Dollar General, which got its start in 1939, is headquartered in Goodlettsville, TN.  According to the retailer’s website, Dollar General has more than 14,000 stores in 44 states.  With this newest store coming in the Merriwether area, the self-described “America’s Neighborhood Store” will now be operating 5 stores within Edgefield County.

Dollar General Coming to Merriwether Area added by admin on March 8, 2018
View all posts by admin →