Johnston Announces “Music in the Park”

By admin on March 8, 2018Comments Off on Johnston Announces “Music in the Park” 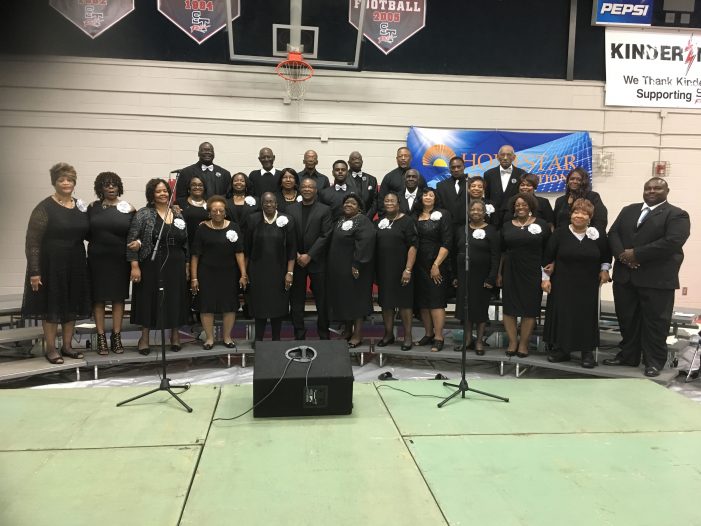 The Mass Choir, pictured as they performed for their 5th Anniversary event, will be one of the performance groups for Music in the Park, Johnston.

Mims Park in front of Johnston Elementary School is the setting for a program of Music in the Park-Spring 2018, sponsored by Johnston Development Corporation.  The dates for this new, exciting venture are: April 6, May 4 and June 1, scheduled for 7-8pm.

These events are free and open to the public. Guests are advised to “Bring your own chairs” and “Concerts held rain or shine.” In case of bad weather, the concerts will be moved inside the school gym.

Another sponsor of the event is WKSX radio station (92.7).

Among the stars of the event will be three music groups performing.  For the April 6 event, Joyce Rude and the Rude Dudes, originating from Saluda County, will provide classic country and oldies. For May 4, it will be the Edgefield County Mass Gospel Choir, mixing worshipful songs and well-known gospel favorites. They recently held their 5th annual concert celebrating an anniversary.

On June 1, the Strom Thurmond High School “Swingin’ Governors Jazz Ensemble,” a band composed of students who play non-traditional instruments such as guitar and bass, will perform a variety of music “different genres and eras.” This group has received Excellent and Superior Ratings in their performances over the state.

Johnston Announces “Music in the Park” added by admin on March 8, 2018
View all posts by admin →