By admin on April 11, 2018Comments Off on First Johnston ‘Concert in the Park’ Success 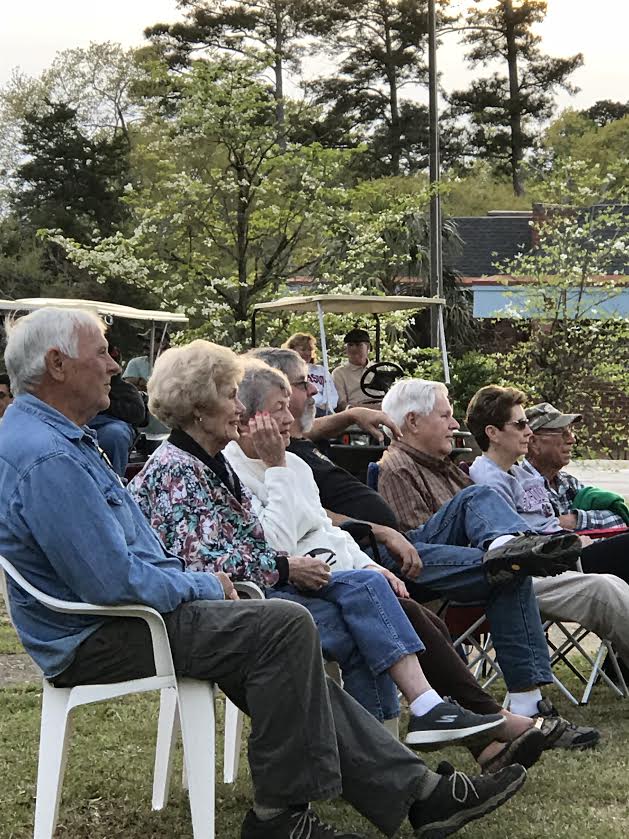 A large crowd gathered in Johnston last week for the first of three springtime Community Concerts in the Park.

Held April 6, the first concert in the series featured Joyce Rude and the Rude Dudes, who have been performing classic country and oldies in the area for almost two decades.

The concerts, being put together by the non-profit Johnston Development Corporation (JDC), are being held on the first Friday of April, May, and June, 7-8 p.m. The concerts are free and open to the public, and are being held in Mims Park in front of Johnston Elementary School.

“This inaugural concert was a great success and attended by about 100 people, who were treated to a great band in perfect outdoor weather,” said Dean Campbell, JDC Chairman. “Citizens really enjoyed themselves in this new program aimed at bringing renewed attention to our area in a fun, relaxed way.”

First Johnston ‘Concert in the Park’ Success added by admin on April 11, 2018
View all posts by admin →