Kangaroo Spotted Just a Hop, Skip, and a Jump Away from Edgefield County

By admin on May 17, 2018Comments Off on Kangaroo Spotted Just a Hop, Skip, and a Jump Away from Edgefield County 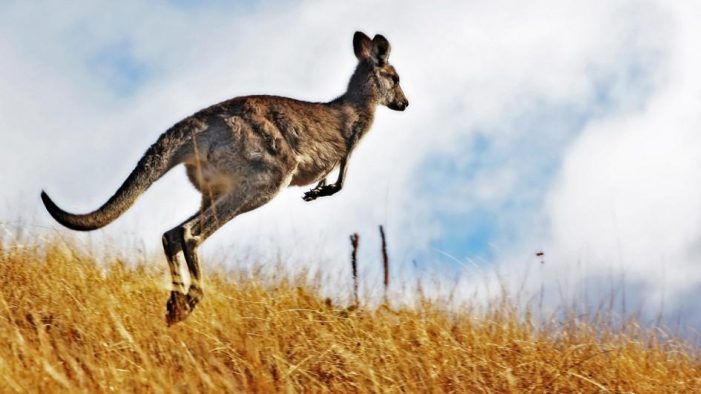 Residents of Edgefield County and the surrounding areas are accustomed to hearing reports of bears and even cougars (a.k.a. mountain lions, a.k.a. pumas) roaming about, but a kangaroo?  Yes, a kangaroo.  The McCormick County Sheriff’s Office issued a notice Monday, May 14, advising residents of the marsupial’s sighting and warning citizens not to try to capture or play with the animal.  (One would think if you could actually catch it, you should be allowed to play with it, right?  Apparently not.)  The Australian native, who it is reported is owned by Melrose Farms in Clarks Hill, apparently spent the night on a walkabout in the area near Modoc and Clarks Hill on Hwy 28 S, not too far from the west side of Edgefield County.  However, his flight of freedom was short lived.  The kangaroo was reportedly captured by its owner and returned to its pen Tuesday morning May 15.  Maybe that owner can be persuaded to try to round up some of those bears and cougars now?

Kangaroo Spotted Just a Hop, Skip, and a Jump Away from Edgefield County added by admin on May 17, 2018
View all posts by admin →