By admin on June 20, 2018Comments Off on American Legion Baseball 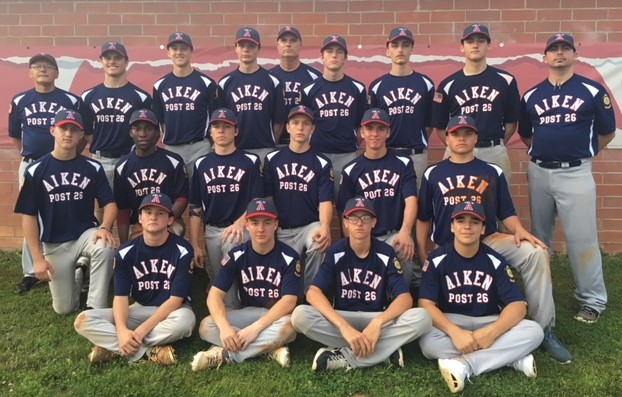 “A positive commentary on the youth of our country.”

It has been several years since I last checked in on American Legion Baseball.  A few weeks back I was privy to a conversation that indicated there were a couple of Edgefield lads playing for Post 26 in Aiken causing me to think it time to re-visit the 93-year-old youth program.

American Legion Baseball enjoys a reputation as one of the most successful and tradition-rich amateur athletic leagues. Today, the program registers teams in all 50 states plus Canada. Each year young people, ages 13 to 19, participate. Since its inception in 1925, the league has had millions of players, including countless who have gone on to play in college and professional baseball, with 68 inducted into the Baseball Hall of Fame.  The league still stands behind the traditional values upon which it was founded in 1925. American Legion Baseball has taught hundreds of thousands of young Americans the importance of sportsmanship, good health and active citizenship. The program is also a promoter of equality, making teammates out of young athletes regardless of their income levels or social standings. American Legion Baseball has been, and continues to be, a stepping stone to manhood for millions of young men who have gone on to serve their country or community, raise families or play the sport at the highest level.  Community service has always been a core value of The American Legion. Currently Edgefield is represented on The American Legion Post 26 team by Daniel Herlong and Hunter Corley.

American Legion Baseball added by admin on June 20, 2018
View all posts by admin →