By admin on June 29, 2018Comments Off on Edgefield Clay Studio Hosts Camps 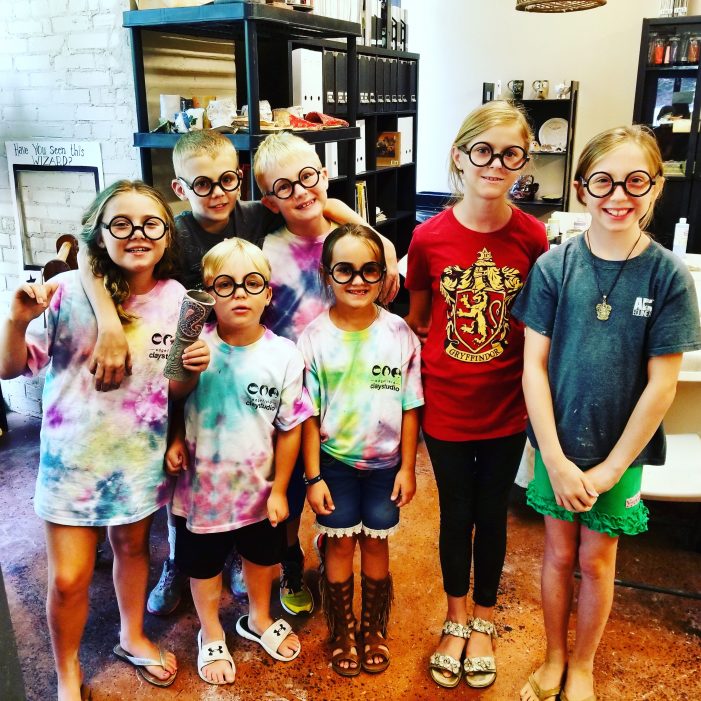 Does your child love to play in the mud?  Then Edgefield Clay Studio is the place for them.  The studio is hosting a series of weeklong camps for children throughout the summer months.  However, the camps, which are now in their third year, are becoming so popular that Paula Bowers of the clay studio told the Advertiser in a recent interview that their first camp, a Harry Potter themed adventure, was “absolutely full.”  In fact, there are children that have returned for all three years to participate in the camps.

At the camps, campers can expect to make some of the traditional clay items such as plates and mugs.  However, there are so many other things they will make as well.  For instance, children who attended the Harry Potter camp made dragon eggs, patronus platters, “wizards” clocks, goblets, and so much more.  However, Studio manager Paula Bowers was quick to point out that the camps are not all about clay.  As she explained, the camps are a mixture of pottery and other mediums of art including drawing and painting.  For example, during the Harry Potter camp, students made a copy of the newspaper The Daily Prophet in which they wrote and illustrated daily articles about the happenings in their Hogwarts World.  The campers were also sorted into Hogwarts houses, made their own wands, and discovered their patronus.  And did we mention all the house elves that were rescued during the week.  Dobby is still busy writing thank you letters to the campers who brought socks to free an elf.  (For those readers who did not understand a word of these last few lines, one may find the answers in the Harry Potter books or movies.)

Haven’t registered your child or grandchild yet?  Not to fear; there is still time.  Spots are still available in the following camps: Pirates & Mermaids (July 9 – 13), Circus Fun under the Big Top (July 16-20), and Cowboys and Native Americans (July 23-27).  There will also be a teen Throwing Wheel Week, July 30-Aug. 3.  Camps are from 9 a.m.-12 p.m. and cost $180.  Not only will each camper create many clay creations to take home, but they will also make their own tie-dyed shirts.  And there are camp themed snacks served daily, as well.  At Harry Potter camp, attendees enjoyed such treats as ogre spit (lemonade), troll boogers (candy) and hufflepuffs (cheese balls).  One camper who participated in the Harry Potter camp enthusiastically told the Advertiser of the camp, “Kids will love it!”  Bowers agreed.

Registration for camps may be done by calling the studio at 336-4666, going by the studio at 310 Buncombe Street in Edgefield, or by going online to edgefieldclaystudio.com.