By admin on June 20, 2018Comments Off on Second Saturday Drew a Crowd 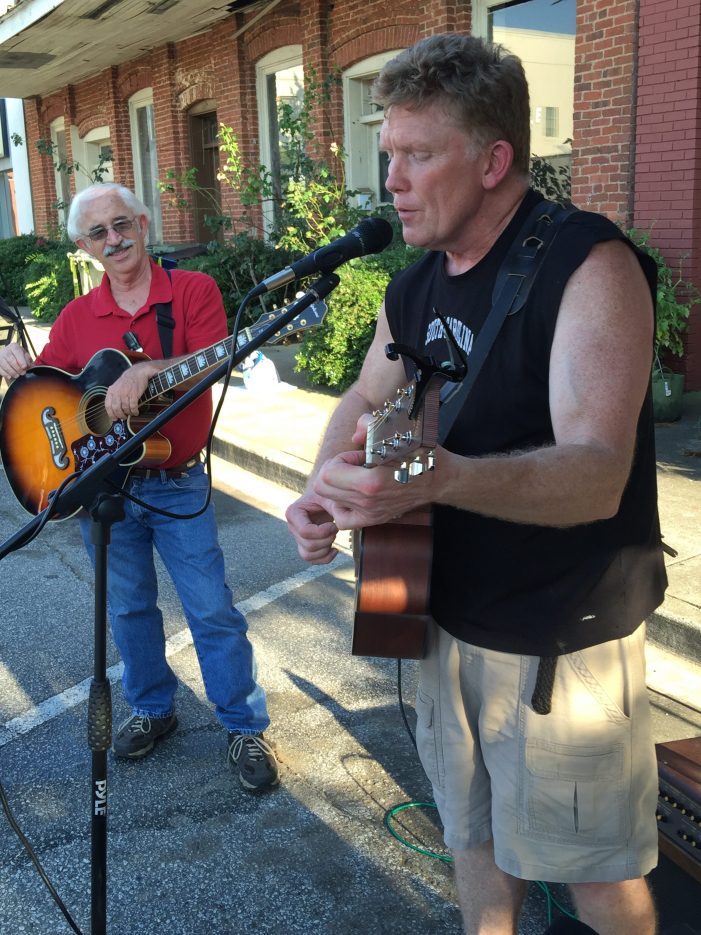 Brooker Strom has been in demand these days. Pictured here with his accompanist at the Second Saturday event, he also was heard at the Peach Festival and soon, again, at the Park Row BBQ night this Thursday, June 21.

Second Saturday, June 9, 2018, was attended well according to John Robeson, the new President of the Edgefield Community Development Association and one of the leaders in this event.  He was seen spreading the word through flyers that appeared over town, and on the day of the event, he was early on the square to help coordinate the set-up of jump-castles, a food vendor, and individual tents for special interests.

Among those “special interests” was a tent run by Karyn and Mitchell Bland advertising the news about Oakley Park – that it is still a viable place for having events.  Another tent was offering popcorn.    There was a Bouncy House, face painting, and games among the many other attractions.

It ended with the movie at dusk – a favorite called Space Jam. Edgefield First Baptist sponsored the movie.

There will be more Second Saturdays! (until the fall, says John) Watch for the news.

Second Saturday Drew a Crowd added by admin on June 20, 2018
View all posts by admin →