Complaint of Property Damage Due to Hwy 25 Construction

By admin on July 31, 2018Comments Off on Complaint of Property Damage Due to Hwy 25 Construction 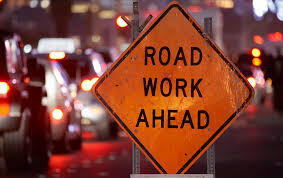 The Edgefield County Sheriff’s was contacted by a resident of the 1300 block of Bettis Academy Road in Trenton, July 26, to report property damage that is occurring to her property as a result of the construction on Hwy 25. According to the report, since the closure of Bettis Academy Road at Hwy 25 by the SC Department of Transportation, drivers have been using the property as a place to turn around.  The responding officer noted a newspaper box that had been knocked off its post and was on the ground, driveway reflectors had been run over, and visible damage to the driveway and grassy area next to the driveway.  The complainant stated that the damage continues to occur on a daily basis.  As this is a civil matter, law enforcement was unable to resolve the situation, but the property owner was given information on how she might deal further with this issue.

Complaint of Property Damage Due to Hwy 25 Construction added by admin on July 31, 2018
View all posts by admin →