By admin on September 13, 2018Comments Off on Hurricane Florence Will Not Result in Widespread Gas Price Spikes, Analyst Says 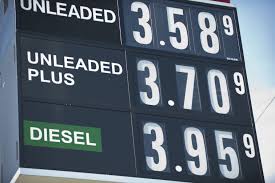 Fuel availability tracker expanded to Georgia and continues to be available in North Carolina, South Carolina and VirginiaBOSTON – GasBuddy has now expanded its fuel availability tracker for motorists in Georgia, joining North Carolina, South Carolina and Virginia motorists looking for fuel ahead of Hurricane Florence’s arrival, which has prompted millions of people to evacuate.“Gasoline availability has been a headache, but the good news is that supply has remained healthy. Stations aren’t able to refill their storage tanks as quickly as motorists are filling up due to the influx of demand,” says Patrick DeHaan, senior petroleum analyst at GasBuddy. “Supply continues to flow out of refineries at normal levels, so the outages at stations are more of a headache than a panic – there’s many stations that still have fuel as refiners and gasoline production have continued countrywide. There have been no refinery shutdowns as a result of Florence.” Motorists in the affected regions can expect some continued bottlenecks as stations try to catch up. After the storm, power disruptions may make filling up more challenging, but motorists should not worry. There is plenty of gasoline. The delay is due to the logistics of getting gasoline to the stations. More delays may occur after Florence has moved on due to possible storm damage, debris or flooding.“The good news for motorists is that this is not an event that will result in widespread gas price spikes. Refiners are unhindered and out of the way of the storm, so gasoline keeps flowing.” says DeHaan. “Gas prices are still likely to fluctuate in the days and weeks ahead, but it will likely be due to other factors, such as the price of oil rising or falling. There may be minor price movements, mainly in the hardest hit areas as a result, but only in a worst case scenario. Gas prices will eventually fall due to lower autumn demand and a switch to cheaper winter gasoline that takes place this weekend. This event is very unlikely to drive broad large price increases.”Those in need of fuel can download the GasBuddy app to find out which gas stations have gas, diesel and power. GasBuddy also has a live blog updating the latest gas station outages in affected areas. In addition, data being submitted to GasBuddy is being sent to help authorities monitor the situation.

Hurricane Florence Will Not Result in Widespread Gas Price Spikes, Analyst Says added by admin on September 13, 2018
View all posts by admin →