Induction of a New Poet Laureate

By admin on October 1, 2018Comments Off on Induction of a New Poet Laureate 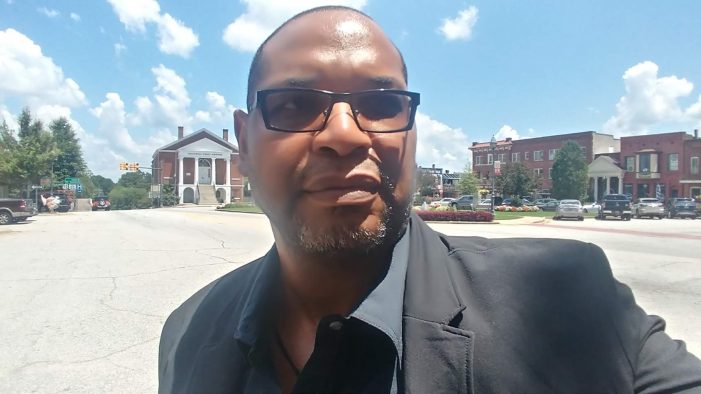 A selfie from Drew Lanham. With this photo (made on the day he met the Poet Laureate Committee) came these words: Many thanks to the committee for your time and consideration in the wonderful honor of me becoming Edgefield’s next Poet Laureate. I’m humbled and can’t wait to make my words work.

Joseph Drew Lanham Ph.D. grew up in Edgefield, in the Merriwether section of this County. Though schooled in Aiken where his parents (Willa and the late James Hoover Lanham) taught, his development was also contained in the farm land that he loved so, the red clay of this County from which so much creativity has emerged – “clay seeping out” as he refers to his poetry.

One of his stories, told at a meeting with the Poet Laureate Committee,  is of not ever having attended birthday parties of friends, over from the Aiken schools.  He always came home to the farm. His social life was slim, so returning to the family farm each day from school, he had the land, the trees, the farm animals and farm work to give him entertainment – and eventually a base for his work and his poetry.

He knows his ancestry, and tells of being descended from a slave who made his way from Maryland to Edgefield County.  Edgefield’s new poet laureate was named for a grandfather, Joseph Lanham, who left this County to serve as a combatant in WWI.

In 2016, Lanham publishedThe Home Place, which won the Southern Book Prize and the Reed Environmental Writing Award from the Southern Environmental Law Center. His first collection of poetry came out this year: Sparrow Envy.  In a recent article by Garden& Gunmagazine (August/September 2018 edition), it was noted that he was “on his way to becoming the poet laureate of Edgefield.” They celebrated him as an ornithologist who is “changing birding,” calling him “A Force of Nature.”

And on October 2, Edgefield will celebrate Drew Lanham as Poet Laureate of Edgefield.

The public is invited to join with the Edgefield Town Council and Poet Laureate Committee members to hear from this native poet.  Lanham will read some of his poems, joined by four students who have been chosen as winners in a poetry contest to celebrate the new Poet Laureate.

Induction of a New Poet Laureate added by admin on October 1, 2018
View all posts by admin →