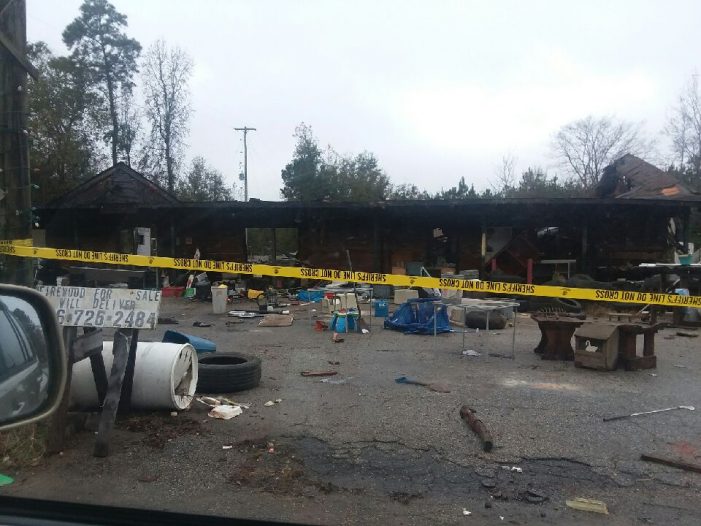 An early morning fire, Sunday, Nov. 25, destroyed a former gas station in Modoc, SC, just beyond the Edgefield County line.  The gas station, located at the junction of Hwy 23 and Hwy 28, had not been operated as such in some time but, instead, had served as a type of flea market store of late.  The fire appears to have started in the rear of the establishment and destroyed the building.  Several agencies assisted McCormick County with the fire including some from Edgefield County. Several different agencies were also on the scene Sunday combing through the debris.  This fire is reportedly under investigation, and the Advertiser is awaiting a response from the McCormick County Sheriff’s Office regarding the status of that investigation.