By admin on November 19, 2018Comments Off on Missing Teen Found 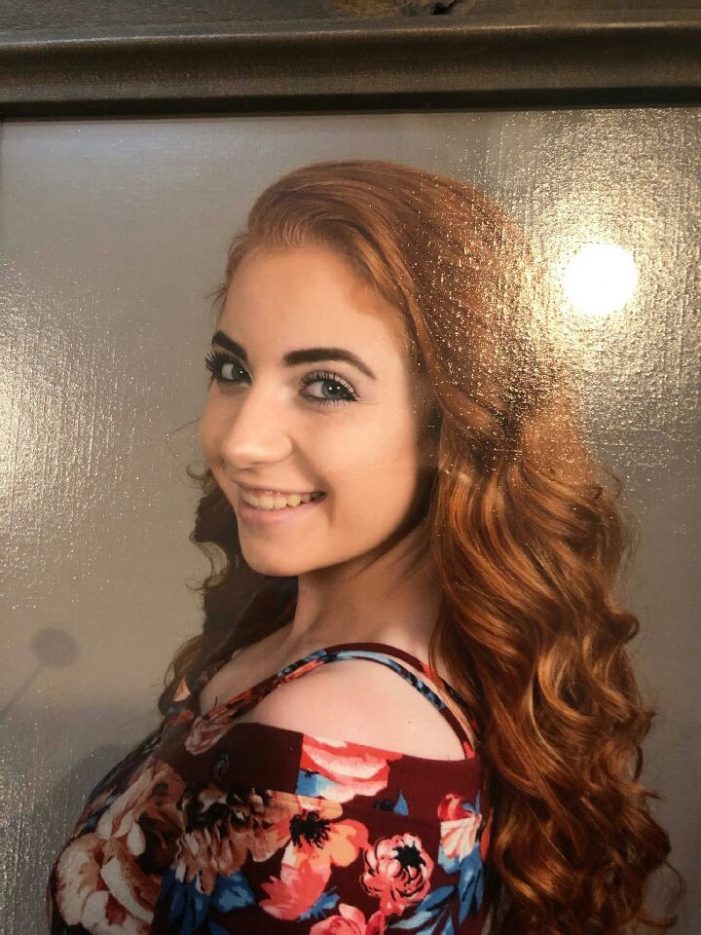 Missing Edgefield County teenager Kristen Ann McBride, 16, has been found. McBride was reported missing by her family, Nov. 15.  The Edgefield County Sheriff’s Office, including the ECSO Canine Unit, searched for McBride throughout the night.  She was found, safe, the following day.  It is believed McBride ran away from home.  Details are still emerging, and it is still unclear whether or not there will be charges associated with this case.

The Edgefield County Sheriff’s Office is looking for missing teenager, Kristen Ann McBride, 16, of the North Augusta area of Edgefield County. Kristen was last seen at her home Nov. 15 around 8:30 p.m.  She is described as having red hair and blue eyes and being approximately 5’4”.  She is possibly wearing sweat pants and a t-shirt. Kristen is believed to be a runaway who could possibly be in danger.  Anyone with information on her whereabouts is asked to the call the ECSO at 803-637-5337.

Missing Teen Found added by admin on November 19, 2018
View all posts by admin →