By admin on November 19, 2018Comments Off on Strom Thurmond’s McCoy chosen for North South All Star Game 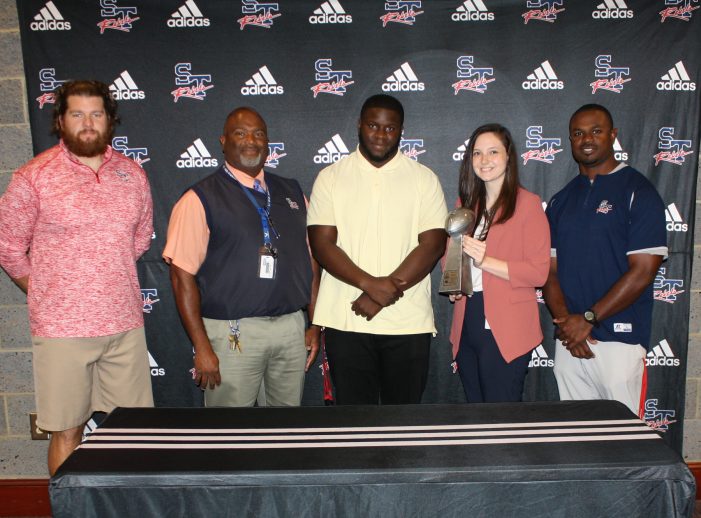 Aiken Electric Cooperative recently presented a trophy to Charles McCoy, Strom Thurmond High School Offensive Lineman, for his selection to play in the 2018 Touchstone Energy Cooperatives Bowl. Formerly known as the North-South All Star game, the bowl is in its 68th year and is known as one of the country’s premier high school all-star games, showcasing outstanding student-athletes.

Coaches from all over the state met in Columbia to select the 88 players who make up this year’s roster for the all-star high school football game.  Coaches reviewed nearly 450 nominations to come up with the final roster—44 players on the South squad and 44 players on the North.

The game will take place on December 15th at Coastal Carolina in Conway, SC.

Strom Thurmond’s McCoy chosen for North South All Star Game added by admin on November 19, 2018
View all posts by admin →