Faith, Family Business and the Fortune 500

By admin on December 17, 2018Comments Off on Faith, Family Business and the Fortune 500 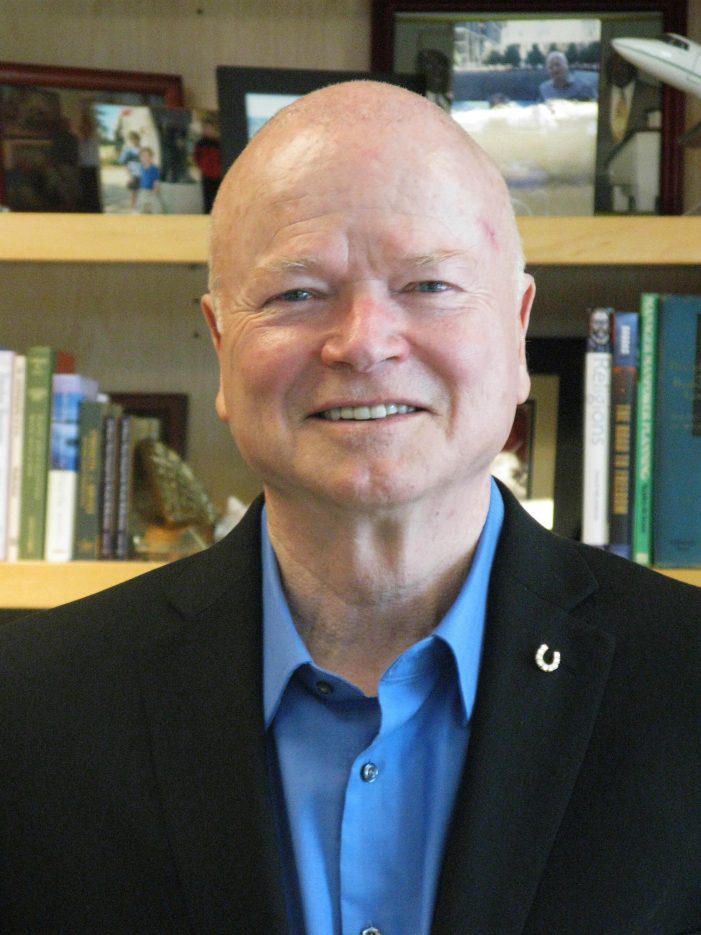 When I was 11 years old, I sat on my uncle’s front porch one lovely summer Sunday evening, absently gazing at our church across the street. In that moment, the words of the hymn “The Old Rugged Cross” came over me with real impact. “On a hill far away, stood an old rugged cross.” The jolting message for me was not just that Jesus had died for the world, but that He had died specifically for Cal Turner Jr. I had never felt anything like it. I knew I would be different from then on, and my faith became more compelling. Looking back, that moment was my first discovery of Jesus Christ as my greatest mentor.

Great things can happen for people when they have great mentors, and I have been blessed to have many. Our family business was Dollar General Corp. It grew from the original warehouse building in Scottsville, Kentucky to a Fortune 500 company in the 1990s. This was due in part to great mentorship. In its earliest stages, we were in entrepreneurial chaos, but it improved as we continued learning.

My father Cal Turner, Sr. and my grandfather Luther Turner, the co-founders of our business, were my early mentors. My father often said kind things about me and told others what a great job I was doing. When I was a young boy, my grandfather always wanted me to go out with him to “check the cows.” To this day, I don’t know what we were checking, but we enjoyed our time together. From my grandfather Luther, I learned joy of life and love of land.  From my father, I learned that life and business can be very fulfilling, even when hard work is required.

My mother also taught me one of life’s greatest leadership lessons. When I was a teenager, she would say, “Son, for a good boy, you get in a lot of trouble.” That magic principle of separating the person from the wrongdoing impacted me greatly. It became a leadership principal—not blaming a person when something went wrong resulted in more people coming together in true teamwork for effective problem solving.

There were also many wise employees at the company who offered support and mentored me over the years, and I was deeply appreciative. Learning good leadership skills became a constant.

By the time I became president of Dollar General in 1977, I had begun to realize that the best option for self-fulfillment was serving others and not serving self. Living life with a “team player” mindset is more fulfilling and productive. Dollar General has applied that two-word mission statement, “Serving Others,” to every business day. It has served the company and our family very well.

Being part of a family-owned company did have its challenges. The path to success was filled with joys and laughter – but also with unpleasant surprises, sadness and even family division at times.

Dollar General’s story is a good one, but for years I resisted writing it. It had been my experience that many autobiographies were a little too full of the author’s ego – even if they were good stories.  I wanted the Dollar General story told to honor my family and the company – not as a means of tooting my horn as the author. My friend Rob Simbeck helped me write the book with that objective in mind. It became our attempt to honor and thank the wonderful mentors I have had, and I hope that readers will receive insight to help them pursue a life of serving others.

The book is titled “My Father’s Business,” because I’d wanted to incorporate the deep respect I found in those early years – for both my Heavenly Father and my earthly father. I hope you will find that reading about our path that led from entrepreneurial chaos to the Fortune 500 will be a fulfilling encouragement for your own pursuit of “My Father’s Business.”

Cal Turner Jr. is the son of Dollar General Co-Founder Cal Turner Sr. Cal Turner Jr. was second in command at Dollar General from 1965 to 1977 and CEO from 1977 through 2002. Under his leadership, the company went public in 1969 and grew to more than 6,000 stores and $6 billion in sales. Today, Mr. Turner is Chairman of the Cal Turner Family Foundation and author of the book, “My Father’s Business.” The book is available at multiple online retailers and in many Dollar General stores.

Faith, Family Business and the Fortune 500 added by admin on December 17, 2018
View all posts by admin →