By admin on December 3, 2018Comments Off on “It’s a Big Thing” – Holton Manly, MMA Fighter 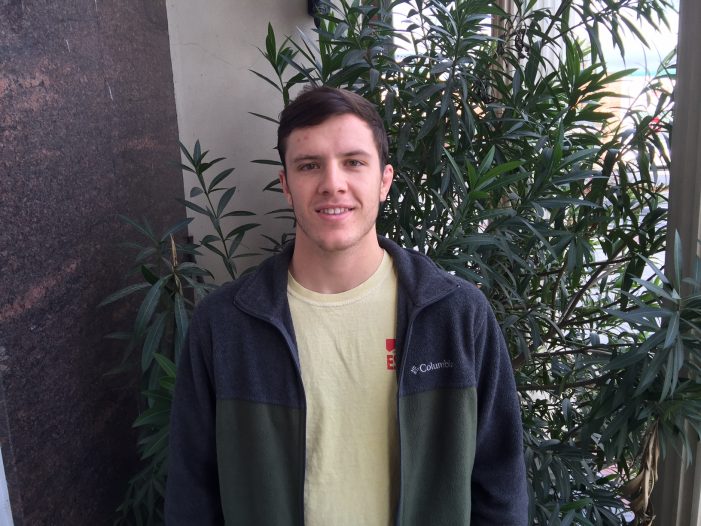 Holton Manly is now an Edgefieldian, although his publicity says he grew up in North Augusta.  His father works at a family business in Belvedere – Manly Auto Collision – and he was born while the family lived there. When he was about 8 they moved out to the Westside, recorded for history through the writings of his great aunt Marguerite Hammond, correspondent for this newspaper. He was homeschooled and he finished his education at Wardlaw High School Remember the comments Marguerite made about that Manley family, who built a new house near hers, and had three boys whose names all started with H – Holton, Hammond, and Hudson!

Holton Manley is about to enter a bout in the MMA arena at Bell Auditorium in Augusta, set for December 8, and he wants all those who know him and who enjoy MMA to come. “I enjoy best those bouts that happen in Augusta because I really like having my friends, family and those I grew up with to be there.”

And what is MMA?  It is not boxing; the gloves are far slimmer and less protective.  It involves kicking, wrestling and Jiu Jitsu.  And according to Holton, it can be more damaging to the body, particularly the shins and knees.  When asked about the head and face, he says he has been wounded only twice – black eye and a cut on his face.

“I am very careful when I am training, to learn how to get better as a fighter without damage,” he says. Also, he says he is far more careful than in the “ring” which really looks more like a hexagon, with corners, than a square “ring.”

What is this young man’s story?  After graduation from Wardlaw, he entered college, dropped out, joined the National Guard, reentered college after beginning training in Jiu Jitsu in Augusta with a coach who has remained with him throughout.  “I was sitting in math class after my return to school, thinking, why am I here.  While the teacher was lecturing I was writing notes about my Jiu Jitsu training which I had gotten up that morning for at 5 a.m.”  Evidently a fire had been lit under him in his training, a fire that math was putting a damper on, because he got right up from class, took his books and walked out the door.  Later he emailed his teachers to tell that he was dropping out of his classes.

A fire or passion was burning because, since then, here are the statistics from his fights: Bouts, 3-0 ; Kick boxing 4-0 , all these victories are first round finishes. In Jiu Jitsu, his record Is 17-2. With those records, the upcoming bout should draw a crowd!

Holton trains (he has three coaches) in Augusta – at Southside Martial Arts on Peach Orchard Rd. and at Fagliers Kempo Karate (now MMA), off Washington Rd. Though Augusta seems to be where his heart is in this business, he has traveled over the Southeast for fights: to Alabama, Orlando, Fla., Myrtle Beach, Shreveport, Louisiana, Long Beach, Cal., Charlotte, N.C., and Nashville.

Besides feeling it is a “big thing,” Holton says he could do it every day – it is that important to him. He lives with his parents (paying rent) on the Westside and feels close to his community of friends.  His parents are supportive of his pursuits, as are his friends. And he wants an audience of “his people” at the next bout!

Holton has a manager as well as coaches.  He is John Martin and is available for information: 706-564-4815 or holtonmanlymma@gmail.com.