Once Again, A Christmas Parade For all!

By admin on December 10, 2018Comments Off on Once Again, A Christmas Parade For all! 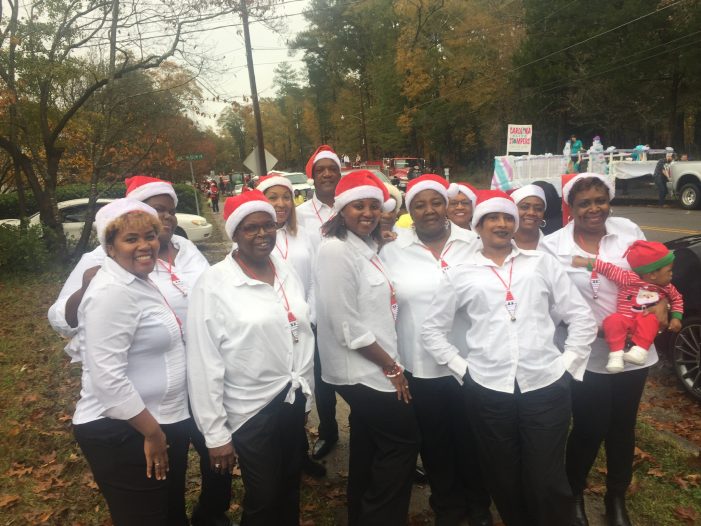 Once again, Edgefield enjoyed a long (1 hour and 18 minutes) and entertaining Christmas Parade, and the square was full of excited and responsive attendees. Candy was available but with new rules which discouraged some children who could not fathom restrictions on reaching out for candy as needed for their protection – but it worked. There was candy for all, if they had patience (hard for little ones).

A part of the parade day is the early performances by many of the young people in our area included this year in the Timmerman Dance Studio and W.E. Parker choral group. These performances started around 1:00 p.m, getting the crowd in a mood for more holiday celebration.

Calvin Henderson, coordinator of the day’s events and also emcee, was joined by a new co-emcee, Sherrie Harmon, who filled the spot usually held by Jane Herlong (she was out of town) and she did not skip a beat.

Calvin knows how to bring a parade to life – probably a good thing about having a coordinator as the emcee. He knew the names and particulars of those participating, and could call out a performance of some kind from many.  That was true of the line dancers, two groups – one from Aiken and one from Edgefield. He invoked a response from the two male drivers of the truck announcing the Aiken line dancers, walking behind.  “Look at the men sitting there driving while the ladies walk behind them.” Music was playing, and with that comment, out came the men to join the ladies in their line dance. And Sam Young can dance! The audience loved it!

Once Again, A Christmas Parade For all! added by admin on December 10, 2018
View all posts by admin →