“A DAY WITH THE GANG” 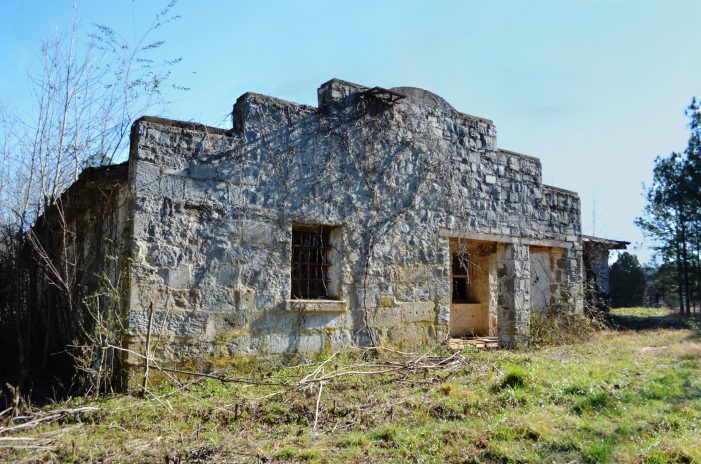 The Edgefield Preservation Association is hosting “A Day With the Gang,” which will be held on May 18, 2019, from 11:00 a. m. to 3:00 p. m.  At this time, they are seeking anyone who has recollections, photographs, and/or artifacts from the old Chain Gang Building in Edgefield. This event will assist in the restoration and preservation of the building and cemetery.

Located about three miles North of the Edgefield Courthouse Square is the modest stone structure that was built in circa 1940 and used to house the chain gang. A chain gang is a group of prisoners chained together to perform physical work as a form of punishment, including building repair, road construction and land clearing.

The Edgefield Chain Gang finds its origins all the way back to the 1880’s, but did not really become active until the 1890’s.  During this time, the chain gang was housed in a camp with a traveling cage. In October 1939, the Edgefield County Grand Jury recommended that “some move be made as to improvement in general living conditions for the prisoners confined on the public works of our County.” In October 1940, the Grand Jury advised that “the County Delegation appropriate money to build a stockade for prisoners on the foundation that Mr. Hill has already constructed.”

On 20 April 1941,The Edgefield Advertiser reported that “a good piece of work . . . is the new granite stockade which is now occupied by the convicts with quarters also for the guards, dining rooms and kitchen.  It takes the place of the antiquated as well as dilapidated moveable cage.  The building is constructed of Edgefield granite taken from the old jail and the stones were laid by contractors from Elberton, Ga. . . The foundation was laid about a year ago by the convicts. . . The walls average from 12 inches to 16 inches thick . . . The bars and iron doors were taken from the old jail and the door casings are heavily constructed of thick iron plate. . .”

This building was used for over thirty years.  Then, on 17 May 1974, the chain gang was closed and the prisoners were moved to the county jail.  Afterwards, the building was used for storage until the EPA recently was given permission by the Edgefield County Council to clean it out and begin restoring it and the adjoining cemetery.  The cemetery has prisoners from the chain gang, people who died at the poor house across the street, and transient drifters who died while passing through Edgefield. There are over a hundred graves, mostly unmarked. One of EPA’s goals is to identify as many of them as possible.

If you or someone you know has any information about the old Chain Gang Building, please contact Tonyaat 803-637-4010.